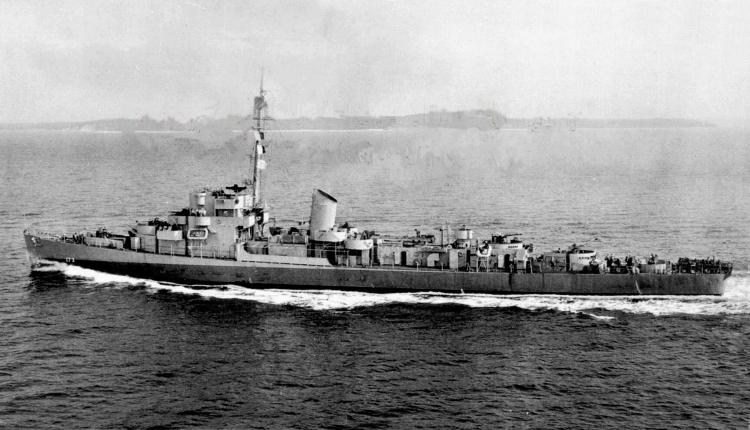 There are many stories about the Philadelphia project from past to present. Some sources say that this project is real, others say that it was made up by a dreamer. This project may be real or unreal, but we can definitely say that it is an extraordinary project!

So far, scientists have carried out many projects and experiments. Some of these have worked to the benefit of us humans, but others have turned out very badly. The Philadelphia experiment is one of those experiments that ended badly.

What was the purpose of the Philadelphia Project?

Though the experiment was originally named “Project Rainbow”, it took its name because it was conducted at the Philadelphia Naval Base. In the 1930s, the US government wanted ships to be invisible on radar. Therefore, the US asked scientists to design a project to do just that. The main reason for this project was America’s desire to gain the upper hand against the Germans.

Which Scientists Created the Philadelphia Project?

The American government made an agreement with Nikola Tesla and work on this subject began. Nikola Tesla managed to lose sight of an unmanned ship 3 years later. Upon the government’s insistence to do this experiment with people, Nikola Tesla defended that when this experiment was done with people, the results would be bad, so it should not be done. Because of this difference of opinion, Nikola Tesla left the project. According to the theory, Dr. Johnvon Neumann and Albert Einstain took over the project. Einstein was working on the unified field theory. While working on this theory, he realized something. In one part of this field theory, a large electric generator could bend light around an object with an energy current fixed at certain angles. (This means. If you can bend light around an object, you can make that object invisible).

When was the experiment conducted?

How was the Philadelphia Experiment Conducted?

For the experiment, generators placed under the ship were started first. With the electromagnetic generators turned on, a green smoke covered the ship. After a few minutes, this smoke enveloped the ship and the ship disappeared. While the aim of the experiment was to make the ship disappear only on radar, the scientists made the ship disappear completely. The ship became invisible on radar and other devices. About 15 minutes later, the green smoke surrounding the ship reappeared and with it the USS ELdridge. It seemed that everything was fine, but in fact it was not. Many radio calls were made to the ship, but none of them were answered. The people who checked the ship then saw that the crew was having a nervous breakdown and some of them were losing their memory.

After the 1st experiment was unsuccessful, the US made changes to the USS Elridge and assigned a new crew. The dates were October 28, 1943. This time, the purpose of the experiment was only to make the ship invisible on radar. The electromagnetic generators of the ship were turned on and a magnetic field was created around it. This time the ship didn’t disappear completely, but it was very hard to see. Just when the scientists thought everything was going well, there was a huge burst of blue light from the ship and it disappeared completely.

The scientists thought the problem was too big and said that the main generators should be powered down. After the generators were turned off, there was green smoke again and the ship reappeared. But this time the situation was very different. While some of the crew were running around the ship, others died in the melting parts of the ship. The living crew members were invisible from time to time.

Where did the USS Eldridge go?

After the experiment, scientists began to investigate where the ship had gone after it disappeared. A few days later, the ship was located. The ship had appeared in the port of Norforlk, 640 kilometers away, and was found there after a short time. It then returned to its original location after the generators were switched off.

Why Did the Ship Teleport 640 Kilometers Away?

This was explained by Albert Einstein’s theory about time. According to Einstain, time is not just an object that flows. What we experience is recorded somewhere and waits. The reason why the USS Eldridge appeared in Norforlk Harbor is due to this theory. During the formation of the magnetic field, time and dimension were broken and molecules were transferred. This transfer should have been to a place where the ship had been in the past. And that’s what happened. The fact that the ship was in the past caused the ship to teleport there.

What Happened After the Philadelphia Experiment?

You can visit our Historyen page for many interesting articles like this one.