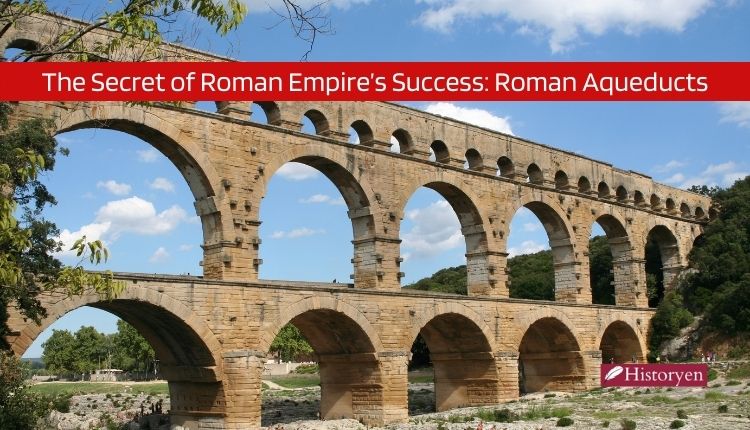 Although certain elements must be brought together to create an empire that will rule the world, water is the most crucial among them. All the settlement areas are founded next to clean water sources throughout the history of mankind. Many primitive technologies are developed to meet the increasing need for water supply in growing cities. Here, we are going to discuss the most basic and successful innovation of its time, Roman Aqueducts. These structures deserve the most appreciation when Roman Empire’s success is in question. Thanks to these structures, Roman Empire began to meet the increasing demands in cities and thus, managed to maintain a large number of soldiers to fight in their name.

The construction of the first Roman aqueduct dates before the century. It was completed in 312 BC to meet the increasing water demand for livestock. Over time, elites started to supply water from this source with the help of their slaves, who carried buckets to their homes. The success of the first Roman aqueduct was so promising that the Empire built a few more of them in other cities in the same century. The spread of these structures greatly contributed to the life quality of elites and trade taking part in those cities.

If you think about the issue, it is possible to make assumptions about the relation between Roman aqueducts and baths. However, there were no public baths in Roman Empire before the construction of aqueducts. In fact, the empire did not have any public baths even after a century from the first construction. It took about a century for Roman Empire to bring the water to higher elevations, which elites used to reside. However, once the empire managed to achieve this, all those famous Roman baths and fountains began to be built.