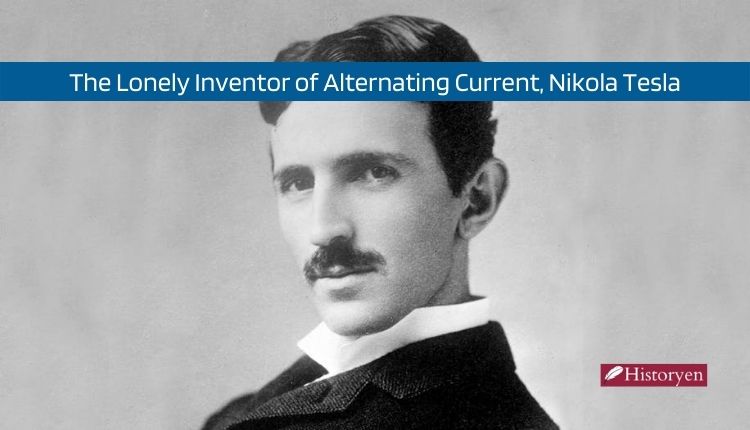 Nikola Tesla is a Serbian-American futurist, inventor, and electrical engineer, born on July 10, 1856. Although he gained his fame with the invention of the Tesla Coil, a major development in the field of radio transmission, and the development of the three-phase alternating current (AC) electrical power supply system, he holds nearly 300 patents. In the 1880s, there was a current war between Thomas Edison’s direct electric current (DC) and Nikola Tesla’s alternating electric current (AC) over which would be the standard current used in long-distance electrical transmission.

Starting to study at Higher Real Gymnasium High School in Karlovan, Austria in 1870, Tesla completed high school in 3 years and graduated in 1873. This genius boy, who was smart enough to calculate integrals in his head, enrolled in the Austrian Polytechnic Institute in Graz, Austria in 1875. Here he studied the Gramme dynamo, an electric generator that produces direct current, and observed that when the direction of the current is reversed, the dynamo works like an electric motor. He started to think about ways that alternating current could be used in industrial applications before he graduated. The dean of the faculty sent a letter to Nikola’s father, entitled “Your son is a top-notch star.”

Moving to Budapest in 1881, Tesla worked as chief electrician at the Central Telephone Exchange. Tesla, who later worked at the Continental Edison Company, was commissioned to manufacture and solve problems with advanced versions of engines and dynamos, first in Paris and then at other Edison facilities in France and Germany. He started working at Edison Machine Works in New York City in 1884. He left the company in 1885 due to unpaid salaries and bonuses.

Establishing his own lighting company, Tesla Electric Light & Manufacturing, in 1885 with the financial support of Benjamin Vail and Robert Lane, Tesla was also trying to perfect the alternating current. Two of his investors left Tesla’s company in 1886 and started their own. After this situation, Tesla was left without much money and tried to survive by digging trenches for 2 USD a day. After that, his determination to prove the superiority of alternating current over Edison’s direct current became even greater.

With two new investors, Charles F. Peck and Alfred S. Brown, Tesla founded the Tesla Electric Company to develop new types of electric motors and generators. He developed an electromagnetic induction motor working with alternating current instead of motors that need constant repair, such as motors working with direct current. Selling the patent for this engine to Westinghouse Electric, Tesla entered into a war with Edison. Edison tried to discredit alternating current with many dirty efforts, but he was unsuccessful.

In 1892, Edison’s and Tesla’s companies competed for a contract to supply electricity to the 1893 World’s Fair in Chicago. Westinghouse was able to get the contract signed, and Tesla’s AC system served the public in a dazzling way.

In 1891, Tesla patented the Tesla coil, which could generate low-current and high-voltage AC electricity. The Tesla Coil was the basis for the development of wireless communication. Modern radio technology still uses the Tesla coil inductor. Universal wireless power transmission experiments, x-rays, remote control, fluorescent lighting and electromagnetism work with Tesla coil. With the patent for the coil, Tesla became an American citizen at the age of 35.

Working on wireless power transmission, Tesla started to build a power station and a huge energy transmission tower in his own building. This project had to be canceled as investors withdrew their support.

Tesla was heavily indebted for this unsuccessful project. St. Regis, the cheap hotel where he lived, drove Tesla out of the hotel on the grounds that he could not pay the bills and that he was feeding pigeons. He continued to live in various hotels for the next 10 years. In 1934, his former employer, the Westinghouse Electric Company, began paying Tesla a consulting fee of $125 a month and paying his rent at the Hotel New Yorker. Although Tesla had a car accident at the age of 81, he refused long-term treatment. At the age of 86, he was found dead in his room at the New Yorker Hotel. The cause of death was announced as heart attack and coronary thrombosis.