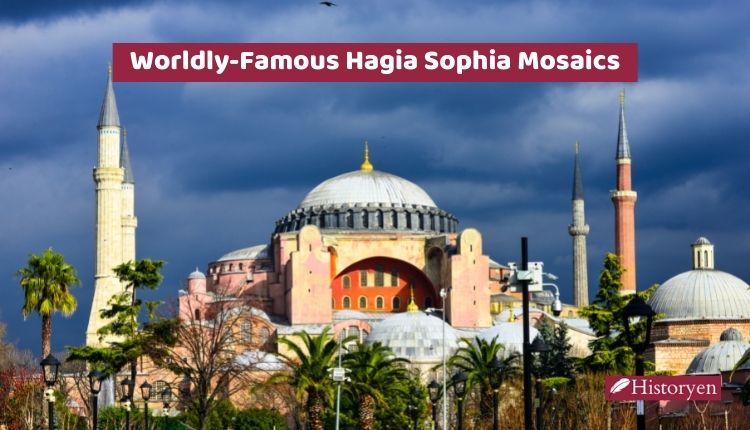 Hagia Sophia is one of the most important religious monuments in the world. This amazing building served as a church for 916 years, as a museum for 80 years, and as a mosque for 481 years. It is located in Istanbul, Turkey and you can visit this one of the most famous mosques in the world whenever you want. Another important feature that comes to the front is Hagia Sophia mosaics. You can witness some of the best mosaics depicts that challenge the time. In this article, we are going to provide detailed information about Hagia Sophia mosaics.

How Old Are Hagia Sophia Mosaics?

Although the exact date is unknown, experts believe that the first Hagia Sophia mosaics date back to 867. However, most of these mosaics were damaged due to various events that took place in the past. The church was converted to a mosque after the conquer of Istanbul in 1453. Since then, all mosaics and other belongings were well preserved by the Ottoman Empire and the Turkish government. Today, visitors can witness all the mosaics available in the mosque by simply visiting the area.

What Are the Important Hagia Sophia Mosaics?

Some famous Hagia Sophia mosaics depict a wide range of topics from religion to the Byzantine Empire. Without a doubt, the most popular one is The Virgin Mary and Baby Jesus. It is believed that this mosaic was built in 867 after the end of the iconoclast period. There is also a Diesis mosaic in the mosque. It is considered one of the best examples of Byzantine art. You can also find Emperor mosaics in the building, which give amazing clues about the lifestyle of the Byzantine Empire. Another important Hagia Sophia mosaic is Seraphim Angels, which depicts the angels that Christians do not consider as sacred. Unfortunately, two of these angels were damaged while the other two still stand on the wall they are placed.