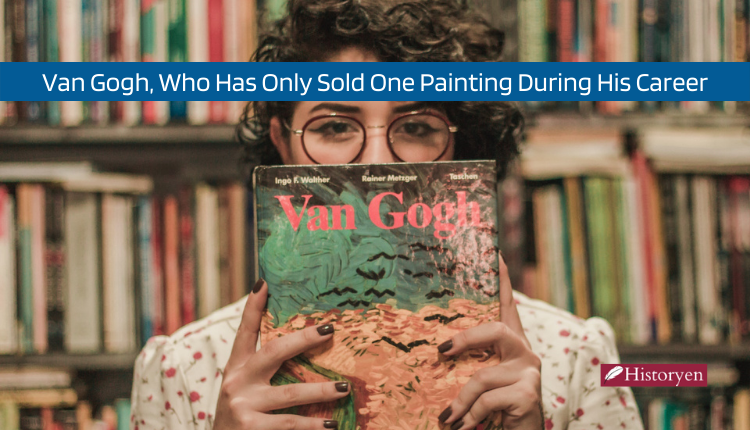 Vincent Van Gogh was born on March 30, 1853, in Groot Zundert, Netherlands. His father was a Protestant priest, so Vincent was also religious. He had unstable moods as a child. He abandoned his education in 1868 and was unable to return to formal education thereafter.

Vincent moved to Paris in 1869 and apprenticed at the headquarters of international art dealers Goupil & Cie. Working at this firm for nearly 10 years, Van Gogh corresponded with his younger brother Theo from 1872 until the end of his life. Van Gogh, who also worked in the London office of Goupil & Cie and traveled between London and Paris, decided to resign and lead a life in the clergy. He lived as a poor preacher in southern Belgium, giving his property to local coal miners. He was 27 when the church dismissed him. Believing he could still make art, Vincent moved to The Hague with Theo’s financial support, rented a studio, and studied under Anton Mauve, a prominent member of The Hague School.

The First Paintings He Draws

Moving to Nuenen in 1884, Van Gogh began drawing the frayed hands, heads, and other limbs of peasant workers and the poor. Although Theo tried to sell Vincent’s works, they were seen as outdated. Vincent Van Gogh completed Potato Eaters, his first large-scale composition and great work, in 1885, just after his father died of a stroke.

Vincent enrolled at the Antwerp Academy of Fine Arts in 1885 and was influenced by the art of Baroque painter Peter Paul Rubens. Later, he moved to Montmartre, the artist district in the north of Paris, with Theo. In late 1887 he organized an exhibition of the work of himself and his colleagues Henri de Toulouse-Lautrec and Emile Bernard.

Van Gogh’s relations with Gauguin deteriorated, and Van Gogh threatened Gauguin with a razor. On the night of the fight, Van Gogh cut off his own ear.

Moving to Arles, in the south of France, in 1888, Vincent settled in a house called the Yellow House. Van Gogh was suffering from many bouts of mental instability during this period, including bipolar disorder, psychotic episodes, epilepsy, and delusions. After his deteriorating mental conditions, Van Gogh went to a psychiatric institution in Saint-Remy. While there was no improvement in his mental health, he continued to paint.

This was his most productive period. Van Gogh, who created more than 100 works, including Starry Night, was immersed in nature in the garden of his psychiatric clinic. In his memory, he remodeled the plants, cypress trees, and olive leaves in the clinic’s garden and depicted them in his works. The artist, who paints using pure tones of blue, yellow, and green, drew his famous paintings The Starry Night and Bedroom in Arles during this period.

After leaving the clinic, Van Gogh went to live with Dr. Gachet, a homeopathic doctor, and amateur artist. His doctor told him to paint as part of his recovery, to which he happily agreed. Van Gogh, who made an average of one painting a day in the last months of his life, fell into a deep depression when Theo said that his financial support would decrease. On July 27, 1890, he went to a nearby wheat field and shot himself in the chest with a pistol. Van Gogh, who managed to return home, albeit difficult, died two days later as his wounds could not be properly treated.

Van Gogh’s use of color and brushstrokes inspired many movements, primarily Abstract Expressionists. Van Gogh, who also inspired many films, painted 900 paintings during his lifetime. During his career, he was able to sell a total of 1 of these 900 paintings.