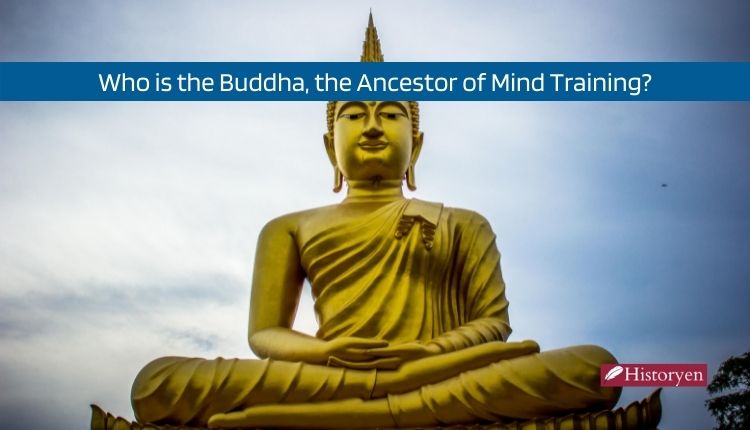 Buddha or Siddhartha Gautama was born in 567 BC in a small kingdom under the foothills of the Himalayas. Brahmins prophesied Buddha in 579 BC that he would become a great sage or universal ruler. His father, chief of the Shakya clan, protected him by keeping him within the confines of the palace. Gautama grew up as a nobleman who grew up in luxury, trained in swimming, swordsmanship, archery, wrestling, and running, entertained by dancing girls, trained by brahmins, and protected from the outside world. He married Gopa when he came of age.

A feeling inside him has drawn him into the world behind the castle walls. While wandering the streets of Kapilavastu, he came across a sick man, an old man, and a corpse carried into the burning fields. His charioteer told the Buddha, who had not encountered such things in his life up to that day, that all beings are subject to illness, old age and death. The day after he returned to the palace, he left the palace without waking his wife and child. He cut off his long hair at the edge of the forest and took off his palace clothes and put on a simple robe.

Buddha joined a class of men who left Indian society to find salvation. Studying dialecticians, materialists, atheists, and idealists, Buddha decided to work with two teachers. He learned how to discipline his mind from his 300 disciples, Arada Kalama, and from Udraka Ramaputra how to enter mind concentration. Gautama later separated from both of his teachers.

After that, Gautama practiced concentration and austerity with five of his comrades for six years. Eating just one grain of rice a day, he raced his mind against his body. His ribs were clinging to the slender neck of his body. It looked more dead than alive.

Buddha’s First Noble Truth was that all existence and all life is characterized by duhkha. Duhkha is a Sanskrit word meaning dissatisfaction, suffering and pain. Buddha’s teaching is based on direct insight into the nature of existence. According to Buddha, even moments of happiness turn into pain after we experience them.

Those who listened to Buddha’s speech in the Deer Park left the house to live with a bowl, a needle, a robe and a razor, and each became monks. They traveled around Northeast India and did various meditations. As Buddha’s fame spread, wealthy bosses and even kings began to spend their days meditating. Buddha died at the age of 80 in the town of Kushinagara from eating mushrooms or pork. Lying on his side with his head on his right hand, Buddha’s corpse reminded the monks gathered around his head that everything is temporary.

He lived as a spiritual teacher and philosopher in Nepal in the 6th century BC. His teachings serve as the foundation of the Buddhist religion. The name Buddha means enlightened one. The story of the Buddha is based on Siddhartha Gautama, who, after years of experimenting with different teachings and finding them all unacceptable, conducted a deep meditation under a tree. During this meditation he found all the answers he was looking for and attained full awareness. After this meditation he became Buddha.