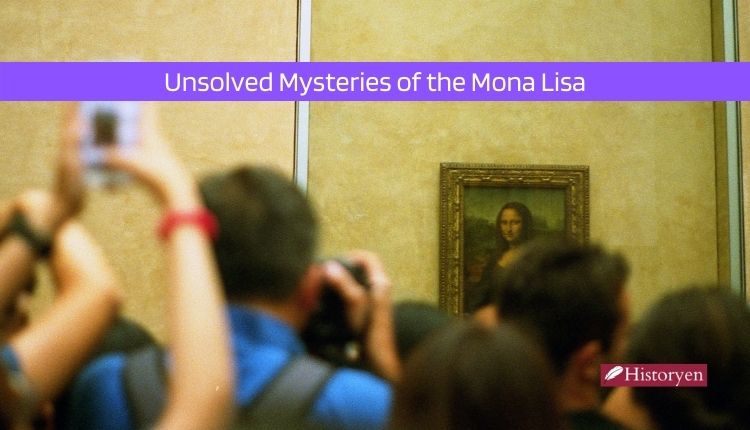 Mona Lisa is one of the most important paintings and most famous works of Leonardo Da Vinci. Without a doubt, it will be in the top three choices of every art expert. However, there are still mysteries about the Mona Lisa painting, which we cannot give any meaning to.

If you would like to learn more about this famous painting and its mysteries, then this guide is for you. In the following sections, we have provided detailed information and the mysteries of the Mona Lisa. We highly encourage you to check them all!

Mona Lisa Was an Ill Person

Mona Lisa was an ill person who was suffering from hypothyroidism during the painting. This was an unknown fact until a Boston doctor diagnosed her while he was admiring the painting. Her swollen hands and the lump on her neck are some of the symptoms.

The Mona Lisa was stolen in 1911 by an Italian worker. It took two years for officials to find the painting again. It was stolen by Vincenzo Perugia, and he was caught when he contacted the Italian government and requested reimbursement. According to him, his sole intention was to bring the painting to where it belonged.

Everyone Perceives Her Beautiful

She Was Pregnant While Being Painted

Have you ever wondered why Mona Lisa crossed over her arms on her stomach? This is because she was pregnant while Leonardo da Vinci was painting him. Of course, this is just an assumption that most art experts believe. Considering her extra weight, this may be true as well.

There Is a Hidden Painting Under Mona Lisa

She Follows You in the Rooms

There Is an Unknown Bridge in the Painting

If you look closely at the back of the right shoulder of the Mona Lisa, you are going to notice a bridge in the background. Today, the mystery of this bridge is still unsolved, and no similar bridge was found in the world.

Her Smile Changes Depending on Your Angle

Is She a Real Person?

She is a real person, but her real identity is still a mystery. However, most experts believe that Lisa Maria de Gherardini, who was a 24-year-old noblewoman that was living in Florence. However, some believe that she is Caterina Sforza too.