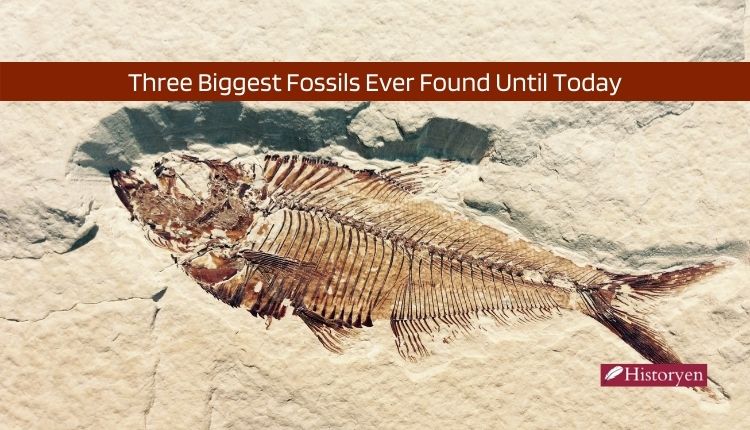 One of these was found in the sewers of the United Kingdom. The second and third ones were found in Argentina, which is famous for new fossil discoveries. It seems like Argentina is one of the notable countries with plenty of dinosaur diversity.

So, let’s stop wasting more time and check these fossils and their details one by one.

Titanosaur is the largest dinosaur that has ever been discovered. According to the longest Titanosaur fossil that was ever found, the largest creature we have ever discovered is 37.2 meters. It is no surprise that this fossil was found in Argentina, where archeologists discover a new species of dinosaurs once a month.

This one was found in Neuquén Province, which is located northwest of Patagonia. Just like most of the other discoveries, this one is also found in Candeleros Formation. Candeleros Formation is a kind of sedimentary deposit, which provided great protection for the fossils. It is like a gold mine of dinosaur fossils for archeologists.

According to the carbon test, this newly discovered Titanosaur fossil is 98 million years old. These dinosaurs are famous for their large size as well as their long neck and tail. They are also four-legged dinosaurs, which scientists believe that they were herbivorous.

Just like the previous dinosaur discovery, this fossil was also found in Patagonia. According to the carbon tests, it is 77 million years old. It is worth noting that although Dreadnoughtus is considered a species, it comes from the Titanosaur family. So, basically, the first two largest fossils ever found are cousins.

This discovery took place in 2014 and archeologists found two different fossils. They managed to find 115 bones in total and these bones correspond to almost seventy percent of the entire dinosaur. The length of the dinosaur from the ground is about nine meters as well and just like their cousins, they were also herbivorous.

Ichthyosaur is the last one on our list, and we wanted to share a recent discovery with you. What makes Ichthyosaur special is it used to live in the ocean. This discovery took place in the sewers of the United Kingdom recently. According to the carbon tests, this creature is 180 million years old.

People started to call this amazing dinosaur the sea dragon. Ichthyosaurs are famous for looking like dolphins and this is not the first discovery of the Ichthyosaur fossil. In fact, similar fossils were also found about 200 years ago.

However, this discovery is almost perfect, and archeologists found a well-preserved one. Moreover, it is the largest Ichthyosaur that has ever been found up to date. The length of this fossil is about 16 meters.

These were some of the notable and biggest fossils ever found until today. Of course, there is more discovery of fossils that have a length between these dinosaurs. However, we wanted to share the recent ones with you in this guide.

Everything You May Wonder About Pergamon Theater

5 of the World’s Most Popular Ancient Cities