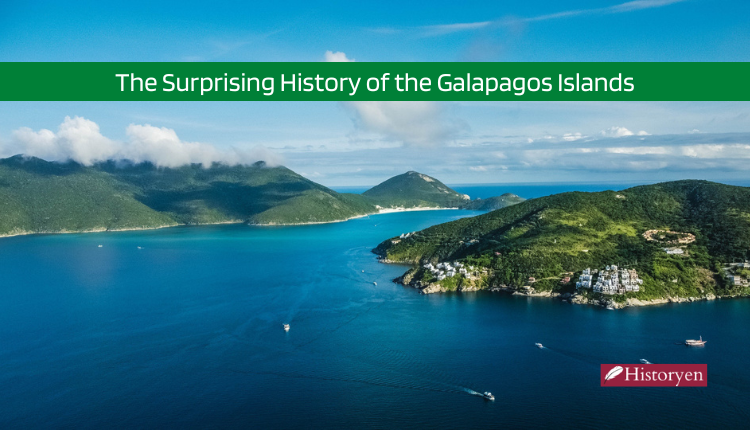 Unknown Facts About the Galapagos Islands

The first discovery of the islands was made by Tomas de Berlanga from Panama. Berlanga was a bishop who sailed from Panama to Peru and indeed to the islands.

The islands were first mapped in 1570 by a Flemish cartographer named Abraham Ortelius.

Galapagos tortoises were an excellent food source for pirates and whalers alike, as they could be kept alive for many months aboard the ship with little food and water. They could then be eaten when other food sources were scarce.

In 1832 Ecuador claimed the Galapagos Islands. Meanwhile, in 1835, Charles Darwin, a geologist and physicist, spent several weeks visiting the Galapagos Islands. This visit was very important for the history of the Galapagos, as Darwin began to develop his theory of evolution during this time. The theory was developed by examining several species of finches that differed slightly between the islands. Darwin published his basic theory, On The Origin of Species, in 1859, which also influenced many studies on the natural history of the Galapagos.

Although Charles Darwin spent only five weeks in the Galapagos in 1835, his time in the archipelago left a lasting impression. Here, the English naturalist noticed that finches (later named after him) had beaks that varied from island to island, depending on local conditions and food sources. Darwin would later build on this research as evidence for his theory of evolution by natural selection, which he presented in On The Origin of Species.

The history of the Galapagos shows that at that time a German settler began to live on the island of Floreana. His name was Dr. Friedrich Ritter and he had his mistress Dore Strauch with him. His work was published in a German newspaper, which encouraged more Germans to visit the islands.

Shortly after this period, the Ecuadorian government announced that some of the islands would become game reserves. Later, during World War II, Galapagos history books show that the islands were used for an American military base, located on Baltra Island. His remains can still be seen on the island. This was due to the growth of tourism to the islands in the 1970s and the perception of good fishing opportunities in the region. Some sources note that the population of the Galápagos increased by 60% between 1999 and 2005. However, in 1998, measures were taken to halt population growth, but this was not entirely effective.

Reflecting on the history of the people who inhabit the Galapagos Islands when you visit them, and especially the difficulties faced by the early settlers and captives, will give you a deeper understanding of the islands and their history.

In 2015, National Geographic’s Pristine Seas team led an expedition to the Galapagos to explore the extraordinary marine environments and advocate for better water conservation. Inspired in part by the team’s findings, in 2016 the Ecuadorian government announced the creation of a major new marine reserve around Darwin and Wolf — two of the archipelago’s northernmost islands.