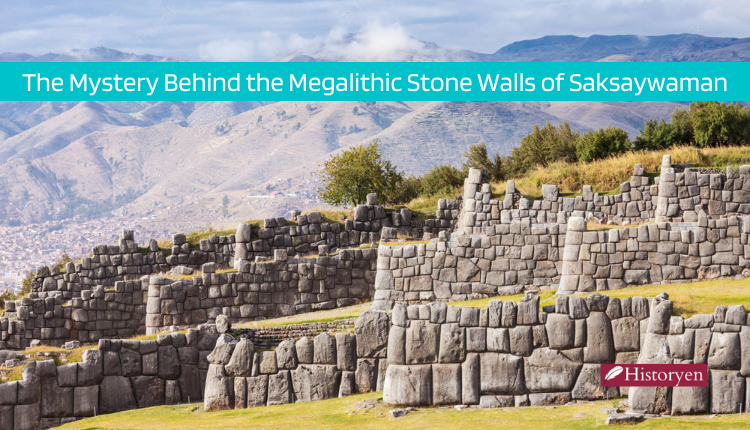 A veritable megalithic stone wall is on display at Sacsayhuaman on the outskirts of Cusco, at an altitude of 3700 meters. These incredible walls are a true proportion and marvel of engineering. This is believed to be the residence of the falcon guarding Manco Capac, the Inca’s Adam. Sacsayhuaman also comes from the Quechua language and means satisfied hawk, referring to this hawk.

Every summer solstice celebrates Inti Raimi, the feast of the sun god Inti. The majestic stone walls have a three-hundred-metre-long triple masonry arrangement made of enormous stone blocks interconnected with great precision. The main wall is made of stones 5 meters high, 2.5 meters wide and weighing between 90 and 120 tons. A snake figure was carved into one of the rocks.

Mainstream archeology argues that the monument was dedicated to the puma, and the wavy pattern of the lines was intended to resemble the cougar’s jaw. However, the carving of a snake on some rocks and the placement of stones to form snake figures suggest that the monument was built for a snake rather than a puma. The ending megaliths of each slash are finely rounded to represent the snake’s curves.

Researchers believe the Sacsayhuaman stones were built around 1100 AD and later expanded by the Inca due to ruins in the area. There are numerous archaic attempts to renovate the building with small and coarse stones. This indicates that both the Inca and Killke peoples settled within the existing walls, which they considered sacred.

Design of the Walls

The way stone walls are designed makes them highly antiseismic. Although Cuzco was hit by several very strong earthquakes, the stones have withstood these earthquakes. Those who saw the walls were astonished at how the Inca might have built them, because they did not have the tools to make and move these stones. Even after 500 years, the questions still remain unanswered. Within the megalithic wall lines are the remains of the ancient settlement that once lived inside the citadel.

The method used to precisely match the shape of a stone to adjacent stones has been the focus of many theories and hypotheses. Many theories have been put forward on this subject. It was thought that the stones were softened using a mysterious liquid obtained from a plant. It is thought that mineral separation was done with the heat produced by large sun mirrors. There are also frivolous theories, such as alien interference.

The steady increase in humanity’s mastery of technology is due to thousands of years of trial and error. It is estimated that the heaviest stones on this wall could have been moved by more than 1,000 people. It is evident that countless hours of effort were spent in creating the magnificent megalithic walls of the stones that can be seen to this day. The stones were shaped with hammers, and one stone was mated with the other until the two stones fit together perfectly.

Ancient humans had a more intuitive knowledge of how to do things than we think.