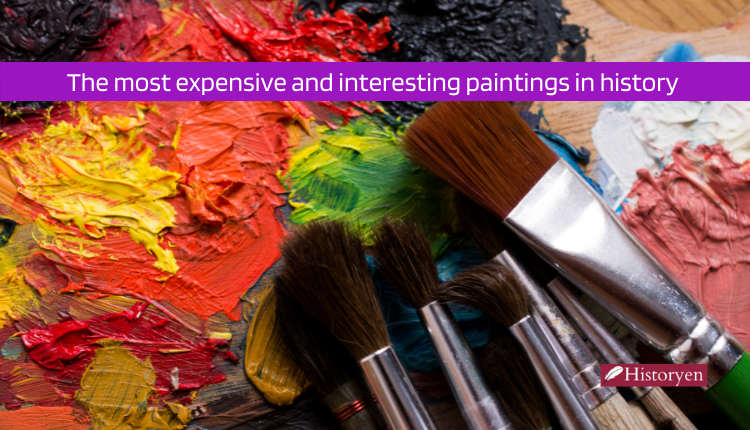 We seem to hear many of you say, “Is it worth spending that much money on a painting?” In fact, the most expensive paintings in history have always been bought by the right people, even if at first glance this may seem so pointless. Do you think it makes sense to pay $450 million for a painting? If you have an interest in art history and a lot of money to spend, why not? These tables, of course, may not mean much to ordinary people. However, considering that these paintings were drawn by the world’s most famous painters centuries ago, they are really valuable.

The 10 Most Expensive Paintings in the World

Of course, there are many most expensive paintings in history that have survived, but we would like to introduce you only 10 of the most popular. Each of them has a different story and was drawn by the best painters in the world. These paintings, made centuries ago, are still exhibited in various museums. There are signs and nuances of that period in all of the paintings. This is one of the most important factors that make them so valuable. And here is the list:

This painting, in which the genius of art history Leonardo da Vinci drew Jesus, was sold for exactly 450 million dollars. It ranks first on the list of the most expensive paintings ever sold.

2) Paul Gauguin – When Are You Going to Marry Me? “Nafea Faa Ipoipo” – 300 million dollars

This painting of two Haitian peasant girls, painted by Paul Gauguin, the most important painter of the post-impressionist movement, was sold for 300 million dollars.

It’s an abstract landscape painting that you wouldn’t understand at first glance and might even think it was ridiculous. Get ready to hear the price now! It’s worth $300 million.

This painting by the famous French painter Paul Cezanne was bought by the Qatari royal family and is now on display at the Musee d’Orsay in Paris.

Considered one of the most popular works of abstract expressionism in art history, this painting was painted by Mark Rothko. It was bought by a Russian businessman.

Legendary painting by world-famous painter Picasso, depicting Algerian women. This painting by Picasso is one of the most important paintings in contemporary art.

Picasso paints this painting in 1932. He draws her lover, Marie-Thérese Walter, as she sleeps. Marie was 22 years old at that time.

This painting of the famous American painter Jackson Pollock is considered the starting point of the dot expressionist movement. He was one of the most popular painters of the past century. His style was very different.

Dutch painter Willem De Kooning was one of the abstract expressionist painters of the period. This painting, made in 1953, has been sold for $137 million in recent years.

The famous painter drew Adele Bloch-Bauer, the wife of his friend Ferdinand Bloch, in 1907 and used real gold in this painting.