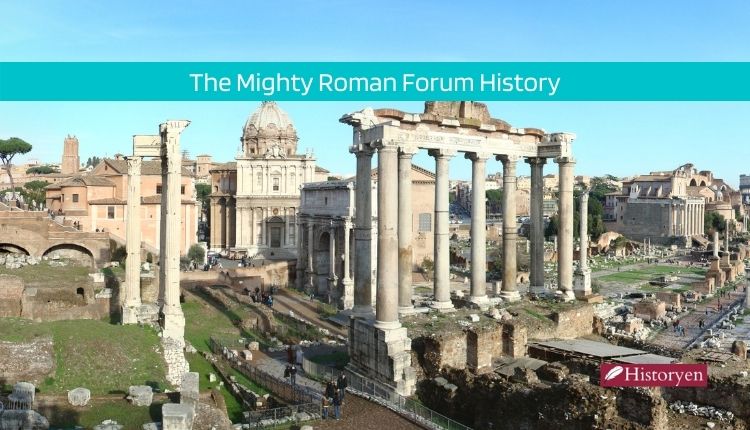 Roman Forum is one of the most important historical sites left from Ancient Rome. Roman Forum history is one of the best examples of human society. It was used for many purposes such as political debates, religious ceremonies, and social activities. In addition to this, Roman Forum history dates back to 500 BC and it was founded right after the Ancient Roman Republic was founded. This complex still enjoys its popularity even today by attracting about 5 million visitors every year. You can enjoy and witness some of the ancient Roman Empire monuments and buildings by visiting the area.

Although how the Roman Empire was founded is unknown, a commonly accepted myth tells us that it was founded by two brothers, Romulus, and Remus. However, due to a conflict between them, Romulus killed his brother and become the king. It is believed that Romulus formed an alliance with their enemy, Titan Tatius to maintain his power and rule. Roman Forum was built to serve as a neutralized zone between these two former enemies. In years, it was nourished by both kingdoms and became the center of attention. Thus, the story of the great Roman Forum history began. However, it gained its popularity after 500 BC when public events began to take place in the complex.

Roman Forum history is full of important events. For example, elections used to take place in this complex. In addition to this, most of the elites and politicians used to perform their public speeches here. One of the famous historical events in Roman Forum history, i.e., gladiator matches, used to take place here as well. However, it was moved to Colosseum later on when it was built. Besides these trades, educational events, public meetings, and religious ceremonies used to be held in Roman Forum too.

Biography and Important Information About Alexander the Great