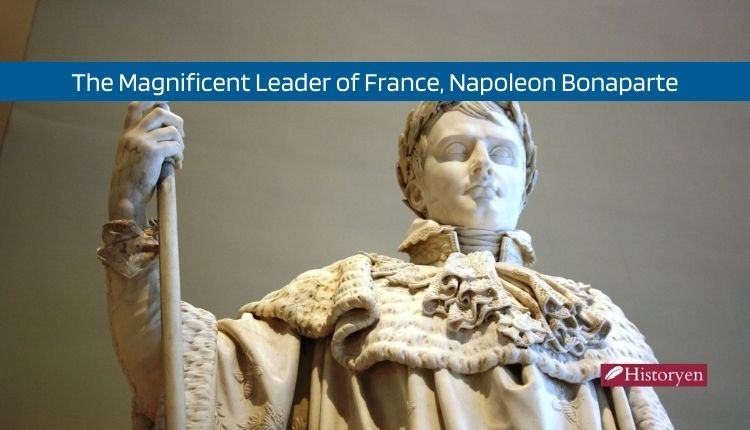 Napoleon was born on the island of Corsica in 1769 and was baptized as Napoleone di Buonaparte. His family was considered petty French nobility by the French government. Thanks to this recognition, Napoleon went to military school and trained as an artillery officer. Napoleon, who started military school in Brienne in 1779, did not speak French fluently until that age. After 1784, Napoleon entered the École Militaire, a more advanced military academy in Paris, graduating in 1785 and enlisting as an artillery officer in the French army.

The French Revolution, which led to the beheading of the French King Louis XVI, had begun in 1789. Napoleon tried to come to power quickly by using his military skills in this political environment. When a group loyal to the French monarchy captured the city of Toulon with the help of the British in 1793, a group led by Napoleon as the senior leader, at the behest of the Republican government, made a battle plan and military campaign to retake the city. Two years later, Napoleon, who helped lead the military force that suppressed a revolt in Paris, got married a year later. He changed his name from Napoleone di Buonaparte to Napoleon Bonaparte when he married.

Appointed to command the French forces in Italy in 1796, Napoleon conquered parts of Austria and most of Italy with his troops. The conquered lands paid France with their goods and money. Calling his soldiers brothers in arms and motivating them, Napoleon was strategically positioning his soldiers very well. When a war occurred, he had an army that was outnumbered by the enemy in that area.

Napoleon built his reputation with this military success. Napoleon, who organized an expedition to Egypt controlled by the Ottoman Empire in 1798, had succeeded in taking northern Egypt. However, the French army, which was defeated by the British in the Battle of the Nile, was stuck in Egypt. While France was at war with the Ottoman Empire and England, things got complicated when Russia and Austria joined the counter-alliance. He went to France in 1799 and led a military coup. Napoleon, who had a good military record and a high reputation, was elected Emperor of France in a referendum in 1804.

France was often at war with other countries during this period. Having captured Prussia and Austria, France could not invade Britain, whose naval power was so high. Napoleon tried to impose a “continental system” that prevented European countries from trading with Britain, but this had little effect. The French troops that invaded Spain in 1808 were stopped by an ambush. Although the Spanish forces did not surrender, Napoleon, who kept hundreds of thousands of French soldiers in Spain, named the ongoing rebellion in Spain the Spanish ulcer.

In 1812, the French army led by Napoleon invaded Russia and succeeded in capturing Moscow with over 400,000 soldiers. However, after a short-lived victory, the Russians recaptured Moscow. After most of the city was destroyed, the retreating French forces suffered many casualties during the retreat, due to Russian attacks, malnutrition, harsh winter and disease. In 1814, troops from Prussia, Spain, Russia, Great Britain, and Austria invaded France. Reaching Paris in April, the troops forced Napoleon to abdicate and exiled him to the Mediterranean island of Elba.

Returning to France in 1815 and regaining power, Napoleon was defeated at the Battle of Waterloo after reigning for 100 days. As a result of this war, he was exiled to the South Atlantic island of St Helena and held in the custody of the British guard. He died of stomach cancer in 1821.