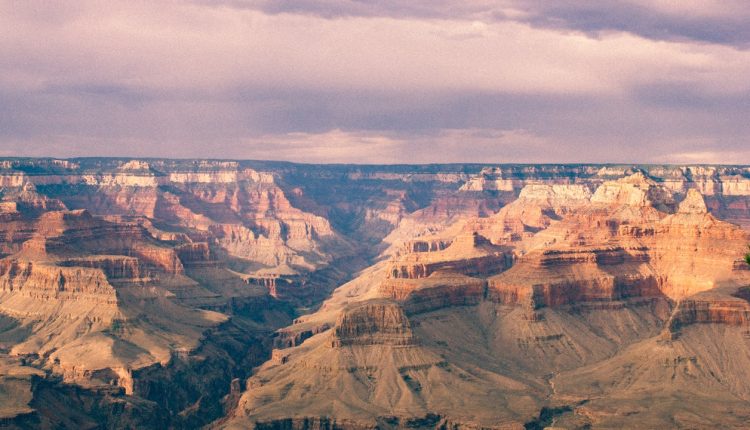 A Brief History of the Grand Canyon

Would you like to travel back in time to learn about the history of the Grand Canyon? According to archaeological evidence, hunter-gatherers roamed the rough terrain 10,000 years ago. Early Pueblo people, also known as the Anasazi, lived in this area between 500 and 1200 AD. Puebloans had left the Grand Canyon region in the 1200s for unknown reasons and moved to the Rio Grande Valley. Climate change or the urge to seek greener pastures are thought to be the reasons for migration. Today, tribes such as the Havasupai and Hualapai still live in the area.

The first Europeans to know of the Grand Canyon were in search of the legendary Seven Cities of Cibola, cities known to house great treasures of gold and silver. A group of Spanish soldiers led by Captain Garcio Lopez de Cardenas, commissioned by the Mexican monarch Francisco Vazquez de Coronado, had set out for the South Coast in 1540. The three soldiers entered near the inside of the canyon. While describing the landscape, the soldiers mentioned with admiration that the rocks here are larger than the towers in the city of Seville. Although the Spaniards liked the view, they left the canyon because they could not find gold. During the intervening 200 years, no other Europeans entered the region.

As the late 1800s approached, national forest preserves and national parks began to be established in the United States. Increasing awareness of the negative impacts of civilization on nature had prompted President Theodore Roosevelt in particular. Roosevelt, a naturalist, visited the Grand Canyon in 1903. Mount Rainier, Yellowstone, Yosemite, and Crater Lake were formed in the Grand Canyon.

Landscape paintings that glorified tourism and nature had grown in popularity in the western United States. Painters Albert Biestadt, Thomas Cole, and Thomas Moran, who painted the landscape from the Southern Rim of the Grand Canyon, were very effective early marketing tools for the region. While these paintings depicted the beauties of the canyon, nature cult became popular in both the middle and upper classes of Europe and the USA.

When the Grand Canyon became a national park, it began to be managed by multimillionaire Stephen Mather. Mather was trying to increase the number of tourists exponentially by creating elaborate visitor services at the park. Between 1919 and 1929, the number of visitors to the South Rim reached 184,000, a fivefold increase from the previous 10 years. However, this situation was not so good for those working in the park. Garbage was dumped in the surrounding forests, workers lived in dilapidated buildings, wild animals roamed the villages, and the smell of toilets in some places polluted the air. While trying to turn the canyon into a park for the wealthy, Mather did not prioritize preserving natural resources and keeping it clean.

Railroads were critical in both bringing tourists into the canyon and providing capital for infrastructure. An early railroad marketing plan called “See America First” was instrumental in building the popularity of America’s national park system. Especially after World War I, the slogan created to inflame the nationalist feelings of American citizens led people to see national parks in America instead of big European tours.

Now the Grand Canyon hosts more than four million visitors a year. One of America’s most popular tourist destinations, the roots of the early days in this national park can be seen in the colorful place names on maps and many of the historic buildings. The Grand Canyon celebrated its centennial as a national park in 2019. The Grand Canyon is still known as the first North American natural wonder discovered by Europeans.