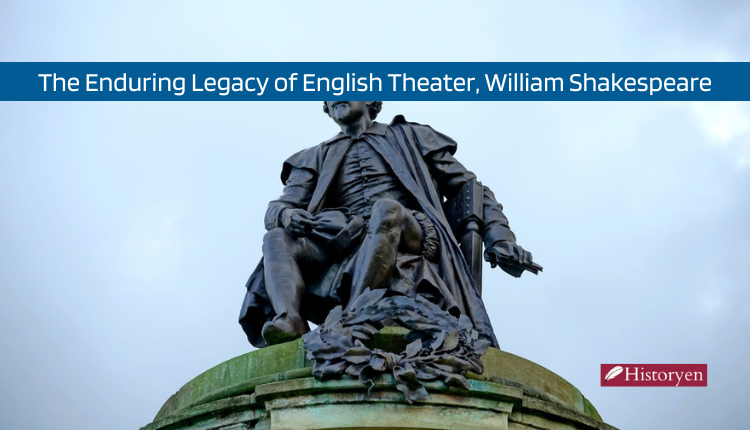 William Shakespeare is thought to have been born on April 23, 1564, in Stratford-Upon-Avon. Not much is known about his life. Known data is known from tombstone, marriage certificates, court records, registry records, wills and Holy Trinity Church records.

William’s father, John Shakespeare, bought part of the house in Henley Street and the entire family grew up there. His father was involved in usury, glove business, corn and wool trade. It also plays an important role in the municipality of the city. In the municipal council, first the executive officer and then the mayor were elected. His mother, Mary Shakespeare, was the daughter of a wealthy farmer, Robert Arden.

William studied Latin at King’s New School, one of Stratford’s smaller schools. Latin was the international language of Europe in the 1500s. William is thought to have dropped out of school at the age of 14 or 15.

In 1582, at the age of 18, William married Anne Hathaway, the daughter of a wealthy farmer. In May 1583, their first child, Susanna, was born, and in February 1585, twins Judith and Hamnet were born. Anne’s home, known as Anne Hathaway’s Cottage, now stands in the village of Shottery. After 1592 we can know more about William because he moved to London.

A shareholder and founding member of the Lord Chamberlain’s Men in 1594, William was also the leading actor of Richard Burbage. He played roles such as Lear, Hamlet, Richard III and Lear here. Stratford was a settlement that was occasionally visited by communities of professional actors. It is thought that William was influenced by these actors and went to theaters in London by contacting them.

Shakespeare had his best period in the last period of his career. Focusing on problematic and tragic plays, Shakespeare wrote plays such as Macbeth, King Lear, Othello and Coriolanus during this period. These works are plays that are still alive today, both in the cinema and on the stage.

William Shakespeare earned a lot of money in his lifetime. In 1597 he bought the New Palace, the largest estate in Stratford. When his father died, William inherited two houses in Henley Street.

His daughter, Susanna, married John Hall, a doctor in Stratford, in 1607. His other daughter, Judith, married Thomas Quiney, a vintner, in 1616. William retired in 1611. He died on April 23, 1616, the day he was born, and was buried in the Church of the Holy Trinity. The package containing 36 theatrical plays by William Shakespeare was sold for £1 in 1623.