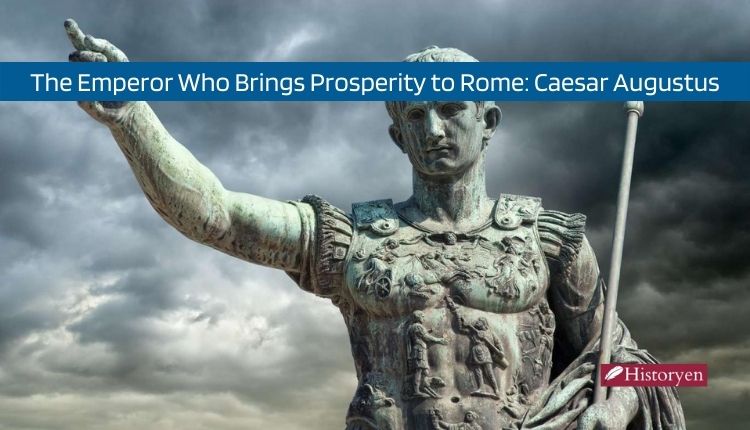 Allied with Marcus Aemilius Lepidus, Octavius ​​was busy systematically killing supporters of Julius Caesar’s assassins around 44 BC. He defeated Brutus and Cassius, who had conspired against his uncle. Between 38 BC and 36 BC, he fought with Pompey Magnus’ son, Sextus Pompeius, to take control of Rome. He took control of the Roman world, defeating Cleopatra and Mark Antony at the Battle of Actuim in 31 BC. He won this war and made Egypt a Roman province. When Egypt came under Roman rule, Augustus founded the Roman Empire.

Caesar Augustus brought prosperity, tranquility and peace to the Roman Empire. He ruled the provinces of the empire with local autonomy. Jews living in Israel continued to practice their culture and religion. The national council and the Sanhedrin held power in many aspects of daily life in Rome.

The order and peace established by Augustus and maintained by his successors contributed to the spread of Christianity in Europe. Rome’s road network made traveling easier. The Apostle Paul traveled west using these roads and served as a missionary.

Caesar, who ensured the stability and orderliness of the Roman Empire, suppressed the uprisings in the empire very quickly. He had built a professional army and changed the way governors were appointed in the cities. He used his personal wealth for the architectural projects of Rome. He started a major construction project, almost rebuilding Rome. He encouraged the Roman people to engage in philosophy, art, and literature. Augustus’ reign of 45 years was the golden age of Rome. In fact, when Augustus died, the Roman senate declared him a god.

Caesar Augustus was known for being very brave and strong. He knew how to impress people. It both preserved the traditions and brought many reforms to the sultanate. When he died, he left most of his property to soldiers in his army. He was a strong, compassionate and benevolent dictator.

Augustus’ stepson Drusus and Tiberius were tasked with defending Rome from the barbarians beyond its borders. Augustus had married their mother in 38 BC.

Caesar Augustus worshiped Pagan Roman gods. At the time of Jesus’ birth, Caesar was the Roman Emperor. Caesar saw himself as a living god and allowed himself to be worshiped. The Romans did not invent crucifixion, but they used it frequently as a method of punishment.

Augustus wanted to be replaced by someone of his own blood, but he didn’t have a son. He had a daughter, Julia, from his first wife. His grandsons Lucius and Gaius and his nephew Marcellus died before Augustus. So he reluctantly made Tiberius his heir. Augustus’ last years were marked by military collapse, the death of his grandchildren, and the poor economic conditions of the people. So his last years in power were not so good. Augustus, who died in AD 14, left behind an empire of peace and security. For his great contribution to Rome, he was posthumously awarded the title of Divine Augustus by the Senate. There is a saying he supposedly said before he died: “I found Rome of clay; I leave it to you of marble“. According to the claims of his friends, “Have I played the part well? Then applaud me as I exit“.