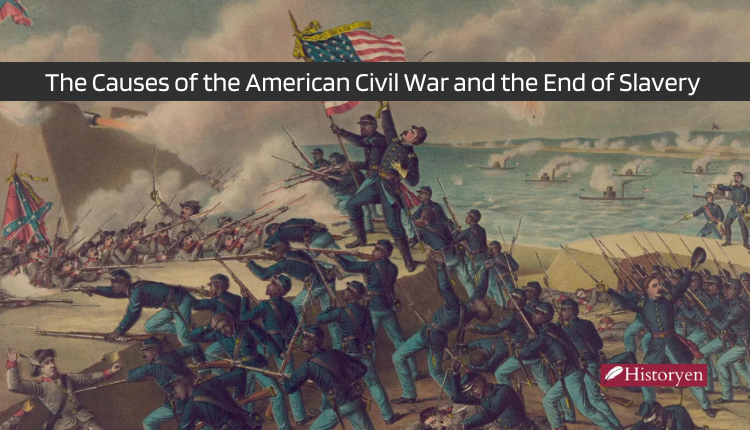 The system of slavery in the United States began in Virginia in 1619. By the late 18th and early 20th centuries, many parts of the United States had states. On the other hand, slavery continued to grow and thrive in the plantation economy of the South, where cotton, a lucrative but labor-intensive crop, was on the rise. By 1850, the South had about 6 million inhabitants, of whom about 350,000 were slaves.

In the years before the Civil War, almost all divisive conflicts revolved around the issue of addiction. It continued with the Compromise of 1820 (the Missouri Compromise), which introduced the custom of simultaneously uniting a free state (Maine) and a pro-slavery state (Missouri) to achieve regional equilibrium to win the Senate. Subsequent clashes with the Nullification Crisis of 1832, the Gag Rule against Slavery, and the Compromise of 1850 followed. The implementation of the Gag Rule, passed as part of the Pinckney Resolutions of 1836, basically declared that Congress would do nothing in petitions or the like on the limitation or termination of slavery.

During the first half of the 1800s, Southern politicians tried to defend the addiction system while maintaining control of the federal government. While they took advantage of the fact that most presidents came from the south, they were especially concerned about maintaining a balance of power in the Senate. As new states were added to the union, a number of compromises were made to maintain an equal number of free and pro-slave states. This approach began with the accession of Missouri and Maine in 1820, and led to Arkansas, Michigan, Florida, Texas, Iowa, and Wisconsin joining the union.

The wider divide between pro-slavery and free states was a symbol of the changes taking place in each region. While the South was committed to an agricultural plantation economy with slow population growth, the Scandinavian countries embraced industrialization, large urban areas, growing infrastructure, as well as high birth rates and a large influx of European immigrants. In the antebellum period, seven out of eight immigrants to the United States settled in the North, and most brought with them a negative view of slavery. This population growth has condemned southern efforts to maintain balance in government as it heralded the future addition of more free states and the election of a potential anti-slavery president in the north.

Slavery in the Territories

The political issue that eventually brought the nation into conflict was its dependence on the western territories conquered during the Mexican-American War. These states consisted of all or part of the present-day states of California, Arizona, New Mexico, Colorado, Utah, and Nevada. Representative David Wilmot of Pennsylvania attempted to end the practice in the new territories in 1846 when he introduced the Wilmot provision to Congress. After extensive debate he was defeated.

Part of the compromise of 1850, which also allowed California as a free state, called for the enslavement of disorganized states (primarily Arizona and New Mexico) received from Mexico to rule by popular sovereignty. This meant that the local security.

On January 1, 1863, Abraham Lincoln issued the Final Declaration of Liberation, declaring that all slaves in the rebellious states “are and shall remain free.” The proclamation, bitterly condemned in the South and by many in the North, reduced the chances of European anti-slavery forces recognizing the Confederacy as an independent nation and paved the way for a large number of African Americans to join the U.S. and join the army. At the same time, tensions caused by battlefield losses and casualties on both sides of the home front are reflected in demonstrations and protests.

Just two months after the North’s great defeat at Chancellorsville, Virginia, in May 1863, the Union victory at Gettysburg (July 1 – 3, 1863) dramatically boosted Northern morale. The fall of Vicksburg, Mississippi, on July 4, split the Confederacy in two militarily — and set Ulysses S. Grant on the path to becoming the union’s last and most aggressive general. The fierce guerrilla warfare in Kansas and Missouri has led to a war within a war.