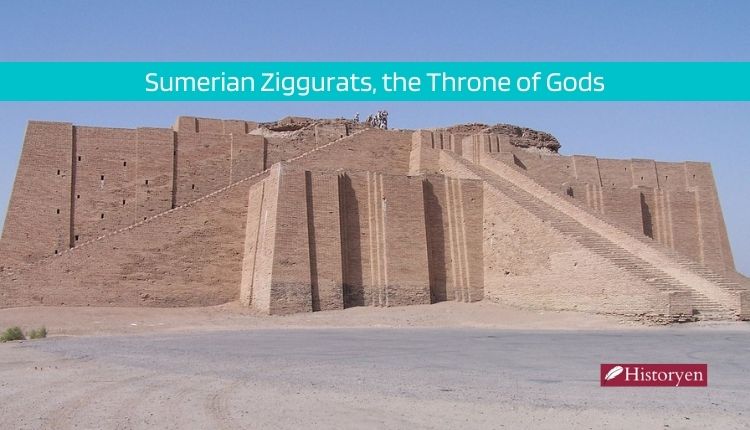 Sumerian Ziggurats, the Throne of Gods

Sumerian Ziggurats are some of the magnificent buildings that were built in the Mesopotamia region. It is believed that some of these ziggurats also gave inspiration for the foundations for some of the pyramids built in ancient Egypt. Ziggurat used to mean ‘to build high’ in the ancient language. It is because they are quite long and enormous complexes that have religious meanings. These areas were not open to the public and used to be considered sacred complexes by the community. Without a doubt, these structures are one of the most important ancient time complexes. Unfortunately, only two Sumerian Ziggurats managed to survive until today.

What Are Sumerian Ziggurats?

We have previously mentioned that Sumerian Ziggurats used to be considered sacred. This is mainly because they were built for gods. They used to believe that gods live at the top of these complexes. Moreover, it will be worth noting that these complexes are regarded as Sumerian temples. Due to these reasons, citizens were not allowed to enter these buildings. Only highly important people and priests were allowed to enter the complex. Since it is believed that gods used to live at the top, the might of the temple used to be determined according to its height from the ground.

Although many nations such as Sumerians, Babylonians, Eblaites, Elamites, and Akkadians built these complexes, only a few of them managed to survive until today. Sumerian Ziggurat at Ur, which is known as the Great Ziggurat and used to be next to the Hanging Gardens of Babylon, is the only one that is left from the Sumerian Empire. The ziggurat underwent two restorations in its history, one of them was BC and the other one was in the 1980s. Today, you can witness this living history in Ur, Iraq. In addition to this, you can also visit Chogha Zanbil ziggurat in Elam, Iran.

What Is Expressionism? What Are the Most Famous Artists?