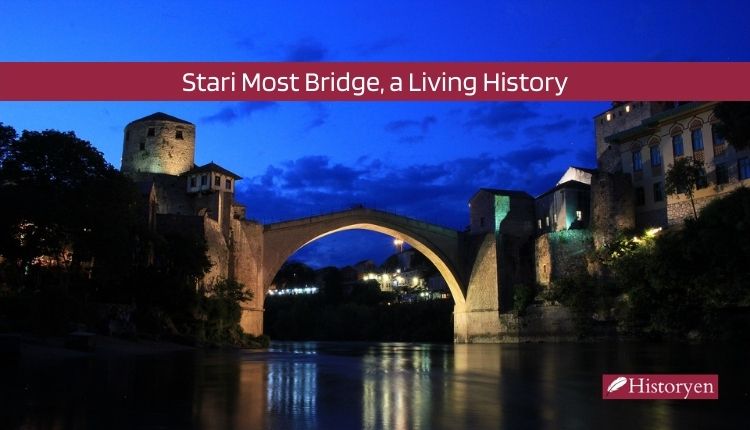 Stari Most Bridge is one of the oldest bridges in the world which was built in the 16th century. This bridge was designed by the worldly-famous Ottoman architect Hayruddin and managed to survive for 427 years without any single crack. It may seem quite easy to build a bridge like this today, however, it was a masterpiece when considered 16th-century technology. Unfortunately, the original bridge could not survive until today. It was not due to any natural disaster but Croatian general, who was sentenced to lifetime jail as a war criminal. After its destruction by the Croatian forces, the Spanish military engineers tried to rebuild Stari Most Bridge, but they had to upgrade it three times.

History of Stari Most Bridge

The construction of the Stari Most Bridge began in 1557 and was completed in 9 years. What makes this bridge this popular is its mortar? Well, it was made of egg whites. The architect of Stari Most Bridge, Hayruddin, never told his secret for his masterpiece until his last breath. It will be worth noting that he was the student of another worldly-famous Ottoman architect Sinan. The bridge is used to combine two cities to each other, and it is located in a strategic area.

Another Shame in History

The original bridge was destroyed by Croatian forces on November 9, 1993, with the orders for war-criminal Croatian general. This evil decision did not only destroy a living history but also led to some serious problems for the Croatian army, which they greatly suffered from the decision. The bridge was so durable that an entire army had to pay effort for 24 hours to completely destroy it. Later on, Spanish military engineers tried to rebuild the Stari Most Bridge but due to geographic requirements, they had to upgrade it three times to prevent the collapse of the bridge.