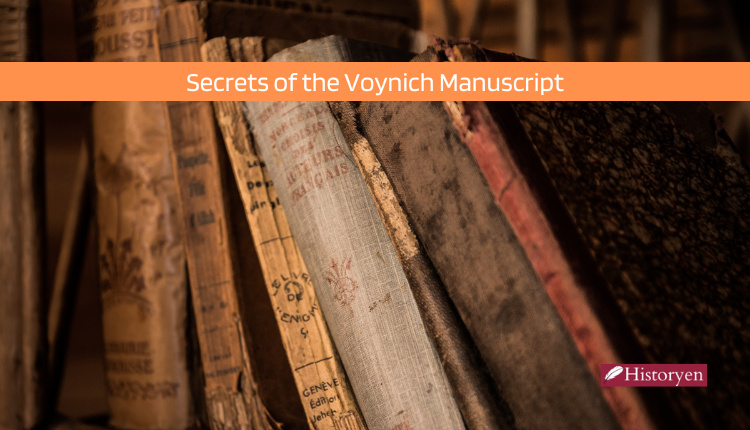 Secrets of the Voynich Manuscript

The Voynich Manuscript has continued to puzzle cryptologists, scientists, and detectives for centuries. This mysterious manuscript, held in the Beinecke Rare Books and Manuscripts Library, contains texts written in an as-yet-undeciphered language.

There are many theories about what is written in the manuscript. Nicholas Gibbs says the manuscript is a handbook of women’s health, and each character of its elusive language represents medieval Latin abbreviations. Gibbs claims to decode two lines of text. Lisa Fagin Davis, executive director of the Medieval Academy of America, says the decoded text does not result in sensible Latin.

There are also many strange theories about the Voynich Manuscript. There are those who think that the manuscript is an encyclopedia of nature, written by aliens, minus Mexican cultures, and more.

Pioneering cryptologist William Friedman, known for cracking Japan’s code during World War II, spent years deciphering the Voynich Manuscript but was unable to come to a clear conclusion. Friedman concluded that this manuscript was an early attempt to construct an artificial or universal language of the a priori kind. Other researchers using complex network modeling were also unable to translate the book. Even artificial intelligence was used for translation, but unfortunately, an effective result could not be achieved.

The Manuscript Is Divided Into Four Strange Chapters

The manuscript begins with a plant section with drawings of living plants. No one is quite sure what kind of plants the plants in this section should be. In the second part, there is the astrology section, which contains folded drawings of celestial charts that do not match any known calendar. The astrological wheels are dotted with small drawings of nude women, and the nude drawings in the next balneological chapter are very differentiated.

In the balneological section, nude women bathing in green liquid, nude women pushed by water jets, nude women supporting the rainbow with their hands are depicted. Finally, there is the pharmacological part. Additional plant drawings and then pages of writing in the mysterious language called Voynichese are in this section.

The Voynich Manuscript first appeared in the late 16th century. The fourth owner of the manuscript, Marcus Macri, sent the manuscript to an Egyptian hieroglyphic expert in Rome to help decipher the text. Disappearing for 250 years, the manuscript resurfaced in 1912 when it was purchased by Polish book dealer Wildfrid Voynich.

The manuscript is estimated to have been written in the 15th century.

For the 240-page manuscript, artificial intelligence suggested that it was written in the Hebrew language. Ahmet Ardıç, a Turkish language scholar, claims that the Voynich script is a form of Old Turkish. The Turkish researcher, who claims to have deciphered and translated more than 30% of the text, says the text was written in a poetic style. The text shows phonemic orthography, that is, the author spells words the way he hears them. Words often start with the same characters and end with different endings. This is a pattern suitable for the language structure of Turkish. Some of the Voynich characters are also used in early Semitic and proto-European languages. The research of the Ardıç family has been submitted to an academic journal at Johns Hopskins University for professional review.