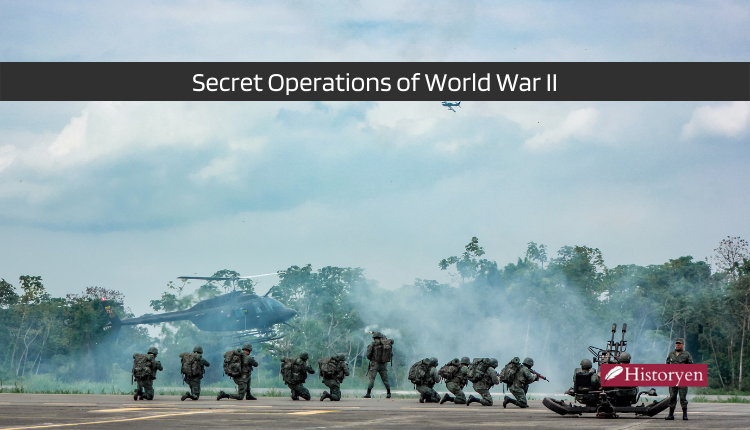 In 1942 the Germans were trying to seize Stalingrad and the oil fields of the Caucasus. The German Sixth Army had occupied most of Stalingrad and had taken almost all of it. The Soviet High Command, on the other hand, was preparing for a major counteroffensive, Operation Uranus, to be launched against the vulnerable parts of the Sixth Army defended by Romanian and Italian units.

The operation, which began on 19 November 1942, included 1,000 aircraft and tanks and a large artillery barrage of over 1 million people. With the attack, the Romanian positions collapsed and there was no German army in the area to respond to the attack. The German Sixth Army was trapped. Hitler, on the other hand, did not allow the armies to retreat.

The commander of the Sixth Army, Friedrich Paulus, surrendered to the Russians on February 2, 1943. This military event was a turning point in the Second World War and the end of Nazi Germany began with this event.

Smuggling with Underwear and Musical Notes

Born in America, Josephine Baker was a famous dancer, singer, and jazz performer. Baker, who became a French citizen in 1937, convinced the Axis that he was on their side when Germany took over France. Baker spent his later years spying for the Allies at high-culture parties with senior Axis leaders. In these parties, he was capturing a lot of high-level information that would be useful to the Allied states.

Josephine Baker was planning demonstrations in neutral countries to deliver intelligence and handing over her notes covered in invisible ink to the Allies. When she was taking the photos to other countries, she was pinning them to his underwear. This plan has worked many times.

Commando leader Otto Skorzeny became famous for rescuing Benito Mussolini in September 1943. In the early stages of the Battle of the Bulge in December 1944, Adolf Hitler sent Skorzeny on a secret mission to demoralize the Allied powers and disrupt their communications. Initiating Operation Greif, Skorzeny disguised an English-speaking German unit in American uniforms captured in battle. Providing them with forged US Army documents, Skorzeny sent them on a covert mission behind enemy lines.

American soldiers set up checkpoints on major roads as word of fake troops began to spread among the American ranks. They were asking the soldiers they turned off the road about pop culture and baseball so they could find the fake soldiers. A few of the Germans were indeed captured, but they managed to keep up the game, claiming that a commando team was on their way to Paris to kill General Dwight D. Eisenhower. The Allied commander, Eisenhower, had to be placed under house arrest for a while to protect himself from possible assassins.