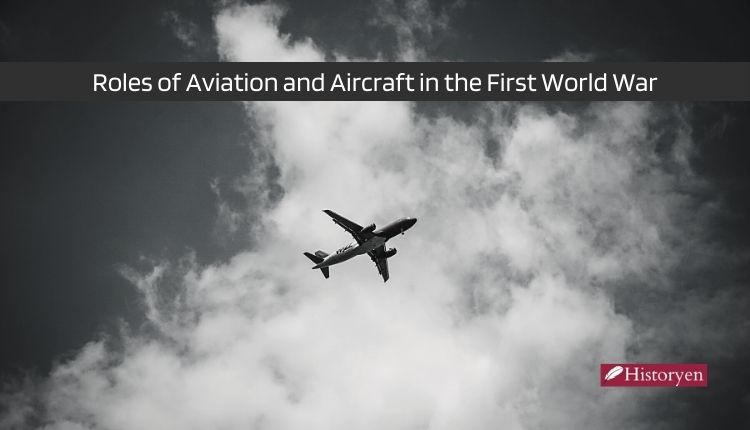 Although airplanes are an important part of armies in today’s wars, it was not so in the past. Airplanes were used effectively for the first time in the First World War. Already, the first airplane was invented just 11 years before WW1. At the beginning of the war, the armies did not attach much importance to the use of aircraft, but towards the end of the war, with the developing technology, aircraft became an important part of the armed forces.

What Planes Are Used for In War

With the airplanes playing an active role in the war, the pilots started to fight each other in the air. Airplanes were used primarily to open fire on enemy troops with machine guns. The soldiers on the plane fired machine guns at the enemy troops and threw grenades. The Germans developed a system that synchronized the machine gun with the propeller of the aircraft. Thanks to this system, the tip of the rifle would be positioned in front of the propeller and the pilots would be able to shoot down enemy planes using this rifle. The battle between pilots fighting with rifles mounted on propellers was called dogfighting.

Aircraft were also used for reconnaissance. Pilots conducting reconnaissance flights in the war zone determined the positions of enemy troops and reported their movements. Allied reconnaissance units detected gaps in the German lines many times. With the plans made as a result of these discoveries made with airplanes, the German armies were repulsed in the First Battle of the Marne.

The long duration of the war had increased the effectiveness of the aircraft in the war. Countries at war had begun to design their planes to drop bombs on enemy areas. Due to the short explosion time of the bombs, planes flying close to the ground were very vulnerable to attacks from the ground. The new planes built could carry larger bombs, and these bombs would not explode without hitting the ground.

Airplanes were also used to transport supplies and the wounded. Wounded soldiers were taken by plane to some health zones.

Types of Aircraft Used in WW1

Both sides of the war used different types of aircraft. During the four-year war, aircraft continued to be designed to be combat-friendly.

Airships were used a lot during WW1 as they were both flying and floating vehicles. Airships, used both for bombing and for reconnaissance, were used by all countries on the European side of the war. The Germans benefited greatly from their airships in their bombing attacks on England. Airships, which were also used in naval warfare, were used to bring needed supplies to ships at sea.

The Germans later named these vehicles zeppelins. The first aircraft carriers were built during the First World War by a German engineer named Count Ferdinand von Zeppelin. Even other warplanes seldom went above 100 miles per hour, while airships certainly could not. Therefore, they were natural targets for attacks from the ground.