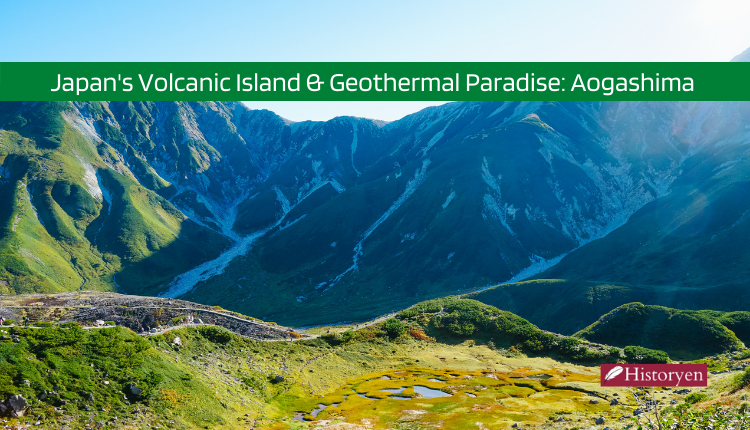 Aogashima, a volcanic island belonging to the Japanese Izu Archipelago, is built into an active volcano. Its population is about 200 people and it is surrounded by the Philippine Sea. This island contains the Maruyama volcanic cone, which is thought to be still active. Aogashima is located 220 miles from Tokyo, the capital of Japan.

Volcano eruption in the 1780s

According to some sources, this volcano last erupted between 1780 and 1785. Currently, there is no volcanic activity on the island, but an eruption can be expected at any time. The inhabitants of Aogashima, on the other hand, continue to live on this island without fear, while enjoying the natural saunas and hot springs. Although half of the population lost their lives in the last eruption that took place 230 years ago, the islanders do not spend their lives in fear of the volcano.

According to the records, the population of the island was 327 at the time of the terrible eruption. Half of those on the island could be evacuated, while the remaining half died in the lava that erupted from the mouth of the volcano. Although the island remained uninhabited for about 50 years after this eruption, people are moving back to the island. Aogashima is one of the country’s 110 active volcanoes, according to the Japanese Meteorological Agency. On any unknown date, what happened in the past can repeat itself.

The inhabitants of Aogashima generally earn their living from salt production. This island, where agriculture and fisheries are intense, also welcomes some tourists every year. Its volcanic structure has turned the island into a fountain of paradise. There is no big port or a developed pier on the island, so you can only reach the island by boat tours when the weather and sea conditions are favorable. Another alternative transportation method is the helicopter.

Popular Activities of the Island

Aogashima is located in the middle of the Philippine Sea. Therefore, fishing and sailing is one of the ideal activities for the islanders. Swimming, hiking, and camping are also activities that the islanders can do. Thanks to the volcano, it is an island with very high geothermal energy and is full of hot springs. The water is so hot that cooking can be done by placing pots and pans over the steam holes of the sauna. In fact, businesses serving tourists on the island try to make every visitor experience this experience.

Climbing the island’s inner crater, Maruyama, is one of the things that can be done on the island. The view at Oyamatenbo Park is the best viewpoint of the island. Since it is an island away from light pollution, it feels like you are together with the stars at night. Two days will be enough for those who want to visit the island, but those who want to be intertwined with mother nature will not want to leave here for a long time.

Although it is a village with a very low population, there are many businesses on this island. Automobile use is very common on the island and there is an auto industry. The island has a furniture store and Aochu distillery, a vodka-like liqueur. Aochu is made from the island’s sweet potatoes and is a traditional Japanese drink. Apart from these, there is a post office, two bars, a few standard stores, and food shops. During the periods when tourists come to the island, karaoke entertainments are held in the bars. The island, whose soil is suitable for agriculture, is generally surrounded by green plants. The climate of the island is very rainy, so it is only suitable for travel by car.