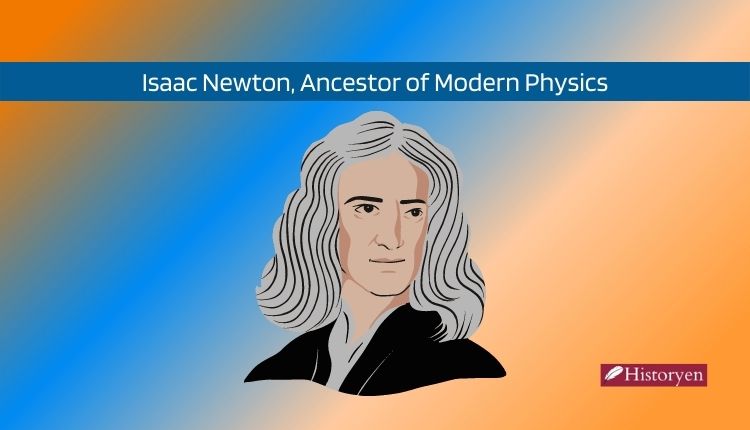 Considered one of the most important scientists in history, Isaac Newton, born in 1643, is known for inventing the theory of gravity, inspired by seeing an apple fall from a tree. He invented the three laws of motion, basic physics, and calculus. Newton, one of the first physicists in history, laid the foundations of physics by approaching physics mathematically. Albert Einstein said that Isaac Newton was the smartest person ever.

In addition to physics, he conducted various alchemical experiments in his Cambridge rooms. He has written works on mechanics and mathematics. He is known to be highly religious and has spent years connecting biblical prophecies with historical events. Arguments have been made against Roman Catholicism, arguing that this sect has deliberately corrupted Christianity. Newton, who achieved success by working on the foundations established by Descartes, was angry with Descartes and avoided citing him in his studies.

Isaac Newton never married in his life. The bigoted Newton was not interested in art or literature. Newton, who was cynical about many works of art, rejected a famous sculpture collection that was intended to be given to him, calling it “stone dolls”. He believed he was the world’s greatest mathematician and thought he was the sole inventor of calculus. His mother left him when he was 3 years old and married someone else. This situation created traumas in him. These paranoias led him to work harder than the physicists he saw as his rivals, and to achieve success. He summed up his own life like this: I don’t know how I look to the world, but when I think to myself, I see myself as a kid playing on the beach and occasionally rejoicing to find a softer pebble or a nicer-than-usual shell.

Isaac Newton is known as the scientist who invented mechanics and calculus. This very intelligent man came to Cambridge Trinity College in 1661 and began formulating the problems he would deal with throughout his career. He never accepted Descartes’ use of coordinates in 1637 to turn geometric problems into algebraic problems.

Descartes claimed that light is a pressure wave. For Gassendi, light was a stream of particles. Newton strongly supported the particle theory, believing that white light was the universally pure form. Later, he conducted meticulous experiments on prisms, demonstrating that colored light was fundamental and that colored lights could be combined to create white light. He invented integral and differential calculations in 1666. He failed to publish this invention. Ten years later, Leibniz invented these calculations and published them before Newton. This incident turned into a blood feud for both sides.

Newton, who was also a natural philosopher, worked for 3 years from 1684 on Philosophiae Naturalis Principia Mathematica, a grand synthesis of all mechanics. By tracking the movements of comets and planets, Newton created the concepts of inertia and force, laying the foundations for what is now known as theoretical physics. According to Newton, equations and geometry should never have been combined. Therefore, he used classical geometric structures instead of simple analytical techniques in his proofs.

The Principia was the greatest achievement of Newton’s career. He spent the end of his career as an administrative officer as Master of the Mint and as President of the Royal Society. He was knighted by the Queen Anne in 1705. He used the power of his administrative position in his cases against Flamsteed, Hooke, and Leibniz. Isaac Newton, who died in London on March 31, 1727, is widely regarded as one of the most influential scientists of all time, along with others such as Galileo, Einstein, and Aristotle.