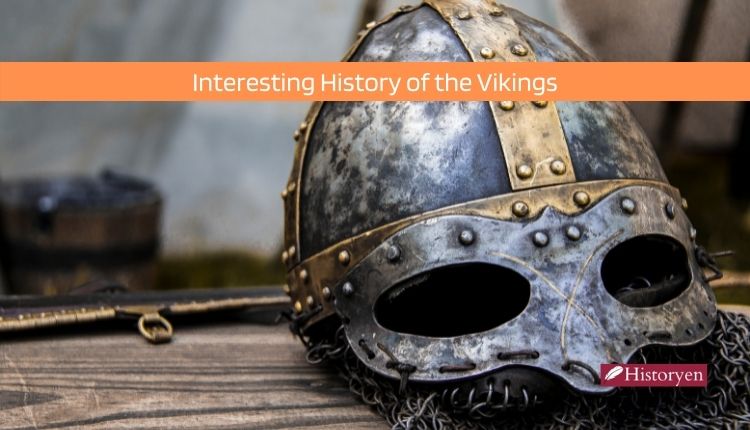 About the History of the Vikings

Most of us watched Viking cartoons with great enthusiasm in our childhood. And we always wondered about that magnificent history. In fact, history of Vikings has been covered and studied by many historians before. These studies show us that the Vikings were a very brave people and they always fought. Is that all? Of course not. Vikings are a nation with very different characteristics in history. It is a mileage that draws attention even today with its lifestyles, customs and even clothes. Let’s take a look at the history of this interesting society from a different perspective.

Vikings are Scandinavian peoples who lived in the ninth and tenth centuries. Vikings, whose name means “sea warriors”, are actually people belonging to two nations, namely the Varyags and the Normans. The Varyags, who were Swedes, spread eastward, reaching as far as the Black Sea or even Persia in the ninth century. They extended to the Black Sea and even to Persia in the XIII century. Most of them settled in Russia, in Novgorod and Kiev, exchanged furs and slaves in exchange for silk as a means of peaceful trade. Of these, the prince Ryurik Dynasty ruled in Russia until the sixteenth century. The Anglo-Saxons described the Vikings only as Danish, but this, as it turned out later, was not entirely true. Vikings were actually a wide variety of people who came from all over the Scandinavian region, which included the countries of Norway and Sweden, especially Denmark. The Danes were only the first and original Vikings, and they were behind many great invasions in history.

The Viking Age refers to the period between 700 to 1100. The Vikings raided and plundered every seaside resort they found during this period, becoming the fearful dream of everyone who set themselves against them in Europe, which was once covered with peaceful lands.

The Vikings also had peaceful settlers, consisting of both warriors and talented merchants, farmers, artisans and sailors. In the Viking Age, life was difficult, and they spent a lot of energy on a simple life. Therefore, the fact that the Vikings chose to spend energy on shipping, raids and looting tells us a lot. For the most part, this tells us that the Vikings ate well. Vikings used to eat some kind of meat every day. After all, since the Vikings were talented fishermen, a large percentage of it would be fish. There is evidence that they eat everything that the sea has to offer, from herring to whales.

In addition to their warrior personalities in their normal lives, the Vikings, who lived by farming, raising livestock and fishing in the region where they lived, paid great attention to their strong family ties. In the Viking family, the male is the head of the house, and this task passes to the female when the male goes on a raid. As soon as the children went to school, they were raised by the experience of their parents. It was the family that taught agriculture, animal husbandry, fishing and even fighting.

Vikings have been perhaps the society where the most media materials have been made today. In addition to being the subject of many famous books and films, Vikings even appear in cartoons. Of course, after it becomes a product of popular culture, some features will be exaggerated, and sometimes they will be shown as if there are features that are not. In fact, the Vikings also had their share of this popular culture and have caused a lot of misinformation today. The Viking characters we see in most TV series and movies do not actually reflect reality.

A structure in the air: Meteora Monastery, Greece