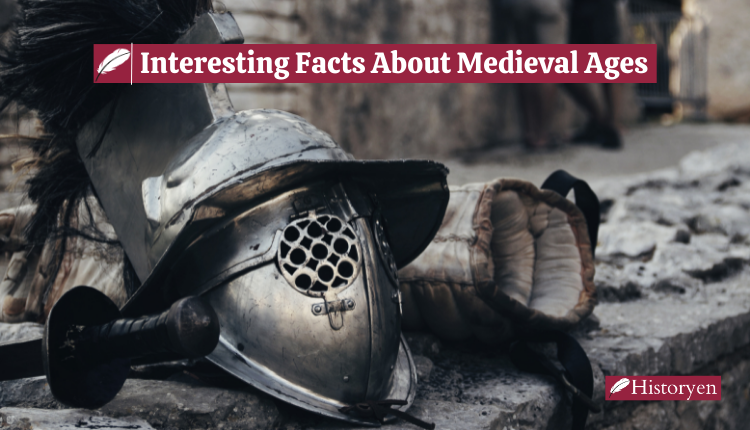 Medieval ages are considered to be one of the darkest ages. Without a doubt, it is also one of the most interesting ages, in which we cannot believe many details that are considered normal in those times. This is why we wanted to compile some of the interesting facts for you in this guide.

Below, you are going to find ten shocking facts about the Medieval ages. Do not miss your opportunity to learn more about them!

10. Cornish People Were Not Accepted As English

Today, Cornish people are regarded as one of the ethnic groups living in the United Kingdom. However, back in the Medieval Ages, they were not regarded as English, although they used to live in the same area. In fact, they even won plenty of battles against English people both in central and southern Great Britain.

9. There Was a Merchant Class

Trade was one of the reputable jobs and status in the Medieval ages. They were quite wealthy people who used to travel far distances. Merchants were always looking for exotic goods and selling them in the cities they visited. Thus, they used to have a separate class and they were all respected.

8. Cathedral Cities Were the Largest Cities in England

Believe it or not but the cathedral cities such as Chichester, York, Canterbury, and Lincoln were the largest cities in England in the Medieval Ages. The only exception was London, which was the capital of the Kingdom in those times too.

7. Trades Were All Family Businesses

It was almost impossible to change your class during the Medieval Ages. Almost all trades used to pass down from father to son. For instance, if your dad was a shoemaker in those times, then you were going to be a shoemaker as well.

London used to have around an 18,000 population during the 12th century. However, its population reached almost 100,000 at the beginning of the 14th century.

We all know that British people invented football, and this is what they are proud of. However, in Medieval times, playing football was banned many times. One of these kings who banned football in the nation was King Edward II.

English kings were very obsessed with archery, and they wanted the entire male population to know how to use bows. In fact, once King Edward III created a law, where all able English men must practice archery every Sunday.

3. Animals Were Judged and Convicted to Death

Believe it or not but people were judging animals in courts. Of course, this would only be possible if any animal would damage any property or equipment. Poor animals were not able to defend themselves and as a result, they are usually sentenced to the death penalty. For example, France hanged a sow by finding it guilty.

Without a doubt, one of the weirdest facts about the Medieval Ages is the size of the shoes. People used to wear shoes with extremely long toes. In fact, the length of these shoes is also considered to be a sign of wealth. These shoes were invented in Poland, and they used to be known as Cracow.

1.  Eels Were Used As a Currency

Another interesting and weird fact about Medieval Ages is once eels were used as a currency. We even have a document that is proving the trade between two people. One of these people paid his rent in exchange for 26,275 eels.

Well, do you know any other interesting facts about the Medieval Ages? If so, do not forget to share them with us by leaving a comment on this article.