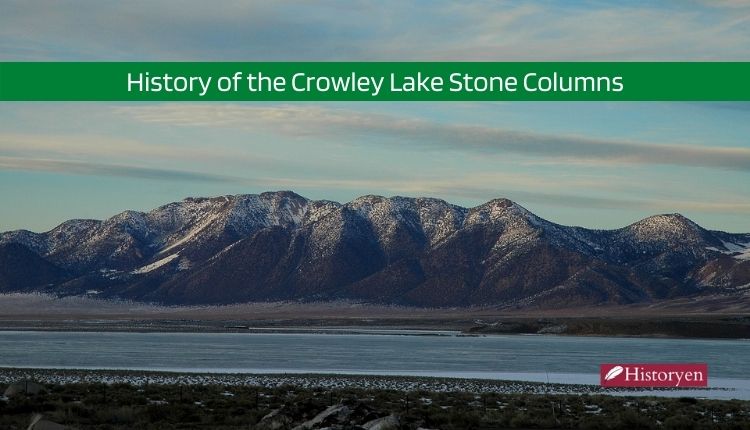 Crowley Lake stone columns are one of the touristic attractions located in California, United States. The Crowley Lake is a reservoir that is run by the state and amazing natural formations attract millions of visitors every year. It will be worth noting that this lake is not a natural lake but was created in 1941. It was created to serve as a storage for the Los Angeles Aqueduct. Another important function of the lake is flood control. Below, you are going to find detailed information about the discovery of the famous Crowley Lake stone columns and how they were formed.

Crowley Lake stone columns managed to survive without being noticed until 1941. After the completion of the reservoir, Americans noticed interesting columnar formations on the eastern shore of the area. Some of these columns were about 6 meters long. This was the first time when Crowley Lake stone columns were discovered. Until this year, they managed to go unnoticed but then revealed due to the powerful waves of the artificial lake. During those times, researchers believe that these columns are more than millions of years old. Their mystery could not be solved until 2015 as well.

In 2015, a group of geologists solved the mystery and proved that Crowley Lake stone columns were formed with the flow of frigid water into volcanic ash. It is known that these formations occurred about 750.000 years ago. This also proven that these formations are not millions of years old. Due to the minerals available in these Crowley Lake stone columns, further collision is prevented, and these columns took their final form. However, this does not mean that their formation just stopped. It is still in progress, but it is relatively slow when compared to previous centuries.

What Is Expressionism? What Are the Most Famous Artists?