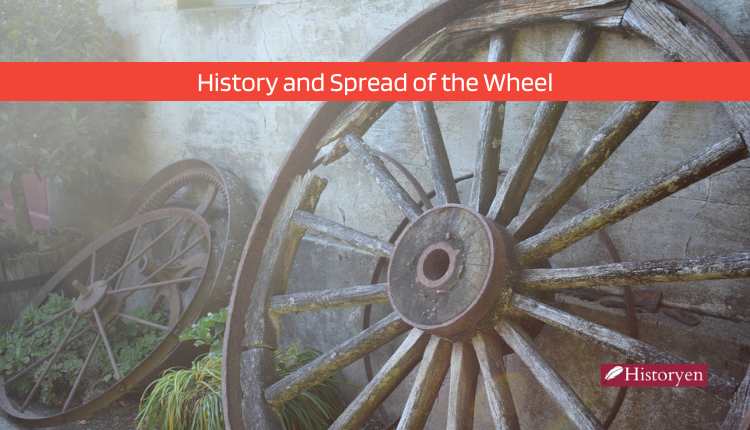 It is so ubiquitous that the concept of “rediscovering the wheel” has entered the English language as an unnecessary and time-consuming task. Simply put, the wheel is perfect. From use in cars to toys like Hot Wheels to computers, even in the space program, the wheel ranges from the simplest to the most advanced technology.

But people didn’t always have the wheel. Since its invention around 3500 BC, the wheel has spread rapidly across Eurasia, although in parts of the world isolated from the Eurasian landmass (such as the Americas and Australia) no wheel existed before the arrival of Europeans.

With the introduction of an axle (and perhaps a second wheel) it is possible to create a relatively frictionless way of moving, making moving loads much easier.

The great historical (and prehistoric) projects of the pyramids of Giza and Stonehenge were probably built using the wheel, demonstrating how it was a basic invention for the ancient world.

How Did This Natural Invention Become?

Most human inventions are based in some way on observation of the natural world. One example is the Wright brothers, who observed birds in flight to help them develop their prototype aircraft on the Kitty Hawk.

However, developing a wheel that can rotate around an axis requires a subtle understanding of physics and the concepts of momentum, friction and balance. While the wheel is without a doubt the most useful invention of all time (perhaps challenged by fire), it was first invented relatively late in human history.

It is more likely that it was invented in one place and then spread around the world, rather than being developed by several peoples at once; this just shows that it was not an easy invention.

When Was the Wheel Invented?

There is much debate in the academic community about the origin of the wheel. All that remains is extrapolation and circumstances. That said, it’s still possible to make some assumptions about where the wheel was first invented.

Originally, historians believed that the first wheels came from Mesopotamia (modern Iraq) and then spread west and east until they became ubiquitous in Eurasia. However, recent findings have cast doubt on this thesis and suggest that the earliest evidence for the use of the wheel could be European.

The word for wheel or “vehicle” is the same in all the languages ​​of the Middle East, the Caucasian and even Western European languages. The second piece of evidence is the fact that the oldest archaeological evidence for the use of a wheel comes from the Tripolite culture in western Ukraine.

The geography of the region supports this as the origin of wagon wheels, with forests providing large trees for axles and tricycles.

How Are Wheels and Transport Connected?

The first major uses of the wheel were in ceramic wheels, which allowed the pottery to rotate as the potter molded it. However, the real advantage of the wheel (and axle) is that it can move smoothly, making moving loads relatively easy.

One of the theories as to why there was no wheel evolution in America is the fact that there were no herds or other domestic animals, meaning people couldn’t pull big cars. As an added benefit, however, wheeled vehicles were able to dominate, especially in areas where sea travel was not a viable option (for example, on the Arabian Peninsula or inland Europe).

Wheelbarrows transported goods and people from city to city throughout the empire, creating a vast trade network that was not possible with water alone. After the fall of the Roman Empire, wheeled vehicles generally began to decline as a means of transportation through the “known world”. wheels in Western Europe and the Middle East were for things like mills, moving water in irrigation canals, and like ceramic wheels.