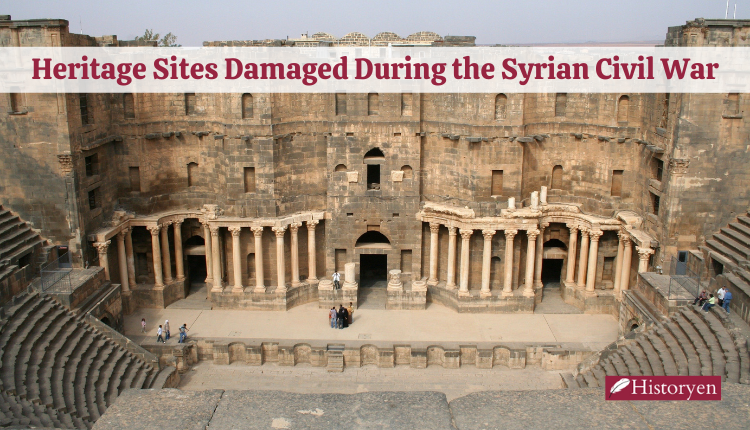 Unfortunately, the Syrian Civil War led to much destruction both for the community and richness in the region. The area used to be one of the crossroads of many civilizations throughout history. However, these days, things are not okay for Syria.

The country is struggling with numerous problems and the civil war is one of the biggest challenges among all. The heritage sites in Syria received a great deal of damage and many museums are looted. As a result, we lost a great deal of history including all the six UNESCO World Heritage Sites in Syria.

In this article, we are going to provide detailed information about all the heritage sites that were destroyed during the Syrian Civil War.

One of the biggest problems of the Syrian Civil War is looting. Unfortunately, many natural and historical beauties of Syria were looted during the war and most parts are still missing. According to the records, seven important museums and inventories in Syria were looted and these are:

Destruction of Heritage Sites in Syria

Starting from 2014, the Islamic State of Iraq and the Levant destroyed plenty of heritage sites in Syria as well. These destructions were deliberately performed by these two groups. In total, 10 heritage and historical sites were destroyed by these groups, and these are:

Extremist groups such as the Islamic State of Iraq and the Levant did the damage and destruction deliberately, while other forces such as American, Russian, and Turkish forces caused damage in the area as a mistake.

Best Archeological Museums in the USA