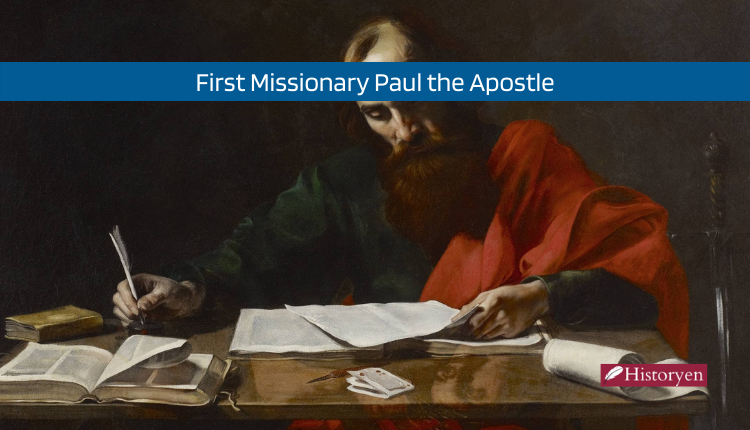 Paul was a missionary who taught the gospel to the first-century world and succeeded in opening many churches in many places from Asia to Europe between 30 AD and 55 AD. He was a Roman citizen and had a Jewish background. He is known as a Roman citizen who was born to a Jewish family in Tarsus between 5 BC and 5 AD. He received his primary education from the Pharisee Gamaliel in one of the best rabbinical schools in the city. As a child, Paul studied classical literature, ethics, and philosophy. He was a tentmaker.

Paul pioneered the great persecution of Christians. He witnessed the stoning of Stephen and played an important role in stopping the spread of Christianity in Jerusalem. He also decided to carry out anti-Christian actions in Damascus. He aimed to capture the Christians there and take them to Jerusalem to be persecuted.

The Process of Becoming a Christian

Paul saw Jesus on the way from Jerusalem to Damascus. Jesus asked him why he was persecuting him. Paul was blinded for 3 days when he saw Jesus. Paul, who was taken to Damascus by his friends, did not eat, drink water and only pray for 3 days. After 3 days, his eyesight was corrected and baptized by Ananias of Damascus. After this event, Paul became a follower of Jesus Christ.

After Paul became a Christian, he served this religion for about 35 years. During this period, he preached to Emperor Caesar and his family. He resurrected a person who died during his journey. Barnabas and John Mark accompanied him on his first missionary journey. Paul, who went to Cyprus, Antioch, and Anatolia, blinded the magician Elymas, who criticized his preaching in Cyprus. Silas accompanied Paul on his next journey.

Paul believes that the human race turned away from God because of the sin of Adam and Eve. The human race is called to worship God through Christ. The process of reuniting the human race with God is the process of justification. People who are justified by accepting the gift earned by Christ are united in faith with Jesus Christ. God has sent humans a gift of conciliatory grace.

On his journey to Ephesus, Paul preached to the silversmiths and tourists who made the silver statuettes of Artemis, that “the gods made by human hands are not true gods”. Sales began to decline due to this situation, and Demetrius, the leader of the silversmiths, rebelled against Paul. Although the authorities did not force Paul to leave the city, Paul decided that it was wise to do so and set out for Macedonia.

Paul, who was attacked by the Jews during his sermon in a temple in Jerusalem, appeared in court several times in the years that followed. King Agrippa tried Paul at Caesarea. He said that what he did was nothing wrong, but Agrippa did not release him because he sought help from Caesar. When the king sent her and other prisoners to Rome, their ship sank on the island of Melita (Malta), now known as St Pauls’s Bay. Everyone on board survived and took refuge on an island. During his 3-month island life, Paul healed many sick people and performed miracles. Bitten by the viper, Paul was unharmed. Later, Paul, who was sent to Rome with a ship, was met by the Christians. Placed under house arrest, Paul hosted Jews and Christians in that house and continued to preach to them. Some Jews believed in Paul, while others did not. In 67 C.E. in Rome, Paul was beheaded and Peter was crucified. According to a myth, when Paul’s head was cut off, milk flowed from his body instead of blood.