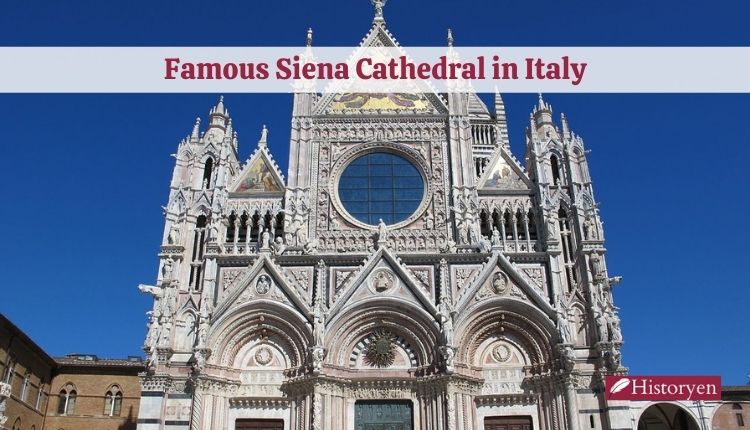 If you have ever been to Italy as a tourist, then it is highly possible that you have visited Siena Cathedral before. The construction of this amazing building was started in 1214 and completed in 1263. Since then, it has served as a religious center. The cathedral is also the home of many famous masterpieces of famous artists such as Donatello, Pisano, Bernini, and much more. There are six bells in the complex and the oldest one was cast in 1149. Without a doubt, it is impossible to not be amazed by the glory of the cathedral, which is decorated with the finest art.

Before Siena Cathedral was built, there was a church in its place, which was built in the 9th century. However, in 1196 the masons’ guild decided to construct a new cathedral and the construction partially began. However, this attempt could not succeed and in 1214 a new construction plan was implemented. It took 49 years to fully complete the new cathedral. The main reason why the construction took this long is the white and black marble used in the construction. Throughout history, famous artists of their eras such as Bernini, Lorenzo Giberti, Pinturicchio, Donatello, Giovanni Pisano, and Nicola contributed to the great decoration of Siena Cathedral with their masterpieces.

In this section, we are going to mention some of the outstanding masterpieces of Siena Cathedral. For instance, Donatello’s famous work The Feast of Herod is in this cathedral. In addition to this Michelangelo also sculpted some works at his early ages. Simon Martini’s masterpiece, the Gothic painting can also be viewed in the cathedral.  You can also witness one of the best funeral architecture of the 14th century in the area, which was created by Tino di Camaino. You can also find the bronze tombstone of Bishop Giovanni di Bartolomeo Pecci in Siena Cathedral, which was carved by Donatello in 1427.

Dissolution of the Ottoman Empire Causes and Consequences