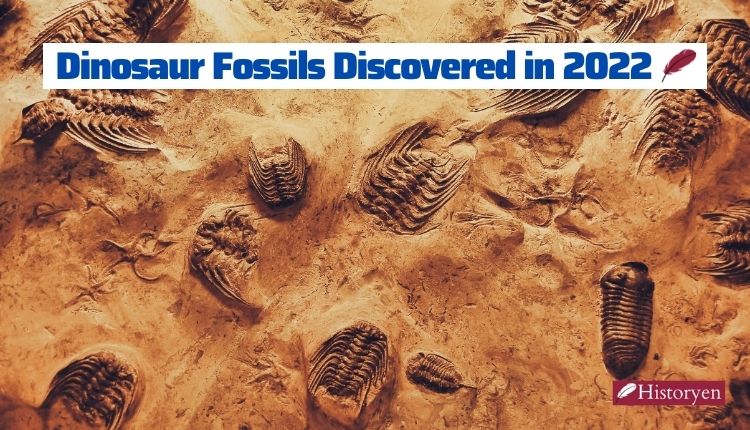 Although dinosaurs became extinct millions of years ago, we are still trying to learn more about these mighty creatures. Of course, the only evidence we can find about them is their fossils, and today, we are still discovering new fossils that provide more information about them.

When dinosaurs are in question, we all think about Tyrannosaurus Rex, which is also known as T-Rex. However, these creatures are quite diverse and today, the alligators or crocodiles living in the sea and rivers are one of the living cousins of dinosaurs.

In addition to this, there are even flying dinosaurs that we still discover. Some of the animals living today and considered as the close relatives of dinosaurs are crocodiles, sharks, chickens, crabs, and sea turtles.

So now, let’s check the dinosaur fossils that we have discovered in 2022!

This is one of the new species of dinosaurs that we have recently discovered. The fossil was found in Alberta, Canada on February 10, 2022. After detailed examinations, scientists concluded that this is a newly identified dinosaur and they named it Thanatotheristes Degrootorum, which is a Latin name.

On February 16, 2022, archeologists found a skull fossil in Eastern Australia. It is a well-known fact that crocodiles and alligators are living dinosaurs, but they have evolved a little bit since then. However, they still look very similar to their ancestors.

In 2022, scientists found a skull that looks very similar to a crocodile skull. However, after the carbon test, it was found that the skull is 95 million years old. After a detailed examination, it was found that this new fossil belongs to one of the early ancestors of crocodiles and alligators.

Another discovery took place in Argentina this year. It was only three days after the discovery of the early ancestor of crocodiles. On February 19, 2022, archeologists discovered a fossil called Guemesia Ochoai, and its braincase was enclosed.

In the area where the discovery took place, archeologists rarely find Abelisaurids as well. Thus, scientists started to debate on whether these two species used to live together or did they have any mutual benefit between the species.

It is worth noting that the newly found fossil can be a new armless dinosaur species. According to the carbon test, the fossil is about 70 million years old. In addition to this, scientists note that these creatures used to roam in the southern sphere for very long years.

Unfortunately, we can only provide you with three amazing news stories about dinosaur fossils in 2022. However, considering that we have just completed the second month of the new year, the number of discovered fossils is quite promising as well.

Without a doubt, we believe that we will be discovering new species and fossils in the following months and learn more about these mighty creatures in 2022.