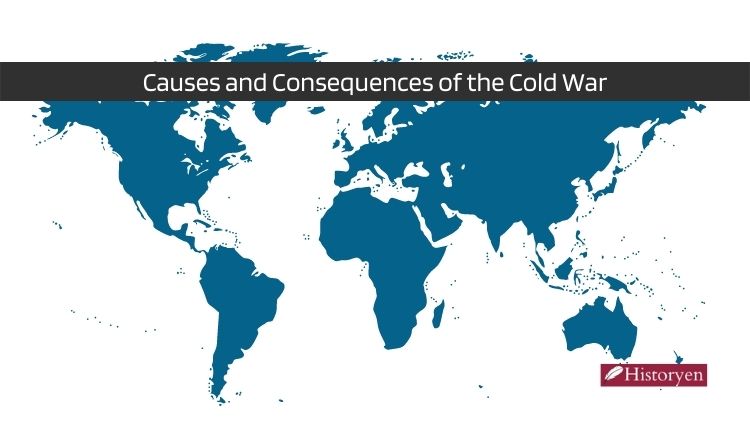 The cold war between the United States and the Soviet Union, which lasted for more than forty years, was one of the battles that left a mark on world history. The two superpower states threatened each other and the whole world with a technological competition to structure the world, competition for nuclear weapons development, military deployments and many other things. The cold war, which lasted for almost the entire second half of the 20th century, lasted from the mid-1940s to the end of the 1980s. This period, which began with the end of the Second World War, witnessed a great deal of hostility and political tension between the two countries.

Both countries participated in the wars there as allies with countries such as Vietnam and Korea during the cold war and indirectly fought with each other. The Soviet Union deployed 66 medium-range nuclear missiles to Cuba in 1962. Because Cuba is very close to America in location, the USA reacted very harshly to this. The missiles, which the American U2 spy plane discovered and photographed, would cause the USA to invade Cuba. Later, the United States assured that it would not invade Cuba, and Russia withdrew its nuclear missiles from Cuba.

Causes of the Cold War

The Soviet Union was on the victorious side of the Second World War. The Soviets, one of the world’s two superpowers, feared that America would use Western Europe as a military base to attack it. The USA, on the other hand, had a harsh attitude towards the Soviet leader Joseph Stalin. Both countries feared attacks of mass destruction from each other. There was constant preparation for any attack.

Despite the USA’s relations with Western Europe, the Soviet Union was also trying to control Eastern Europe. Countries trying to create an east-west bloc in Europe were actually triggering the third world war at that time. The Soviets, who occupied Germany after the Second World War and had control over East Germany by dividing the country into two, were carrying out not-so-good actions here. The United States, on the other hand, was extremely disturbed by these events.

Effects of the Cold War

When the cold war ended, communism collapsed all over the world. Some of the former Soviet Republics and the Baltic States gained independence from the Soviet Union. The Warsaw Pact was dissolved. NATO and military blocs were formed instead of the Warsaw Pact. Despite the war’s end, both the Soviet Union and the United States continued to build ballistic missile arsenals and atomic weapons.

Between East Germany, controlled by the Soviet Union, and West Germany, controlled by the Germans, there was a wall called the Berlin Wall. When the cold war ended, this wall came down and the two sides of Germany were united. It was only at this time that Germany was able to declare its full independence. The Cold War had led to devastating conflicts such as the Korean War and the Vietnam War. In addition to Soviet and American soldiers, soldiers from many different countries were also involved in these wars.