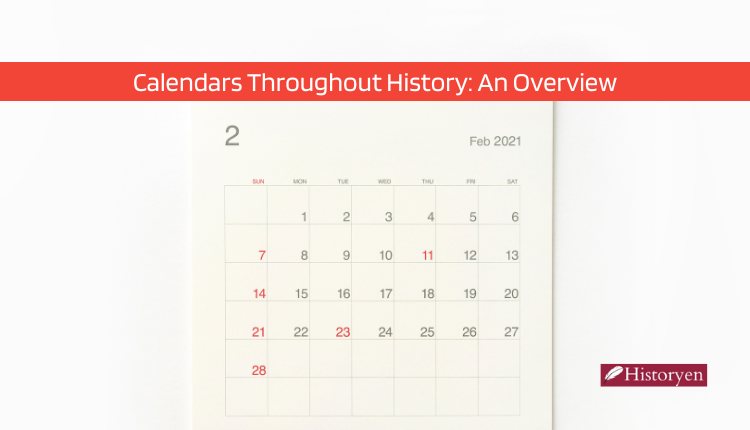 Calendars Throughout History: An Overview

Today, the West Gregorian calendar serves as an international standard for commercial and diplomatic purposes. On the world stage, this is a recent development and people of different religions, nations and societies still use many different calendars to mark the passage of time. However, all agendas share the common goal of getting people to work together to achieve specific goals.

In a broad sense, a calendar is the set of rules that a society uses to determine which days are customary and which are public holidays.

The activities were probably verbally coordinated and the timing methods were quite simple. They would have observed seasonal and annual patterns, but without a formal calculation system. This change has made people more dependent on each other. For example, if farmers and city dwellers want to work efficiently, they have to go to the market at the same time.

Both had similar characteristics: an agricultural base, a large population spread over a significant tract of land, and the need to meet regularly to celebrate religious holidays.

To develop their calendars, both groups took similar approaches. They divided time into three main sections (which we now recognize as days, months, and years) then calculated the exact length of each category.

These values ​​may seem obvious to a modern observer, but it has taken centuries of continuous observations, measurements and calculations to define them.

The basic building block of any calendar is the day. Since accurate measurement of seconds and even minutes was not possible until the 16th century AD, the duration of these hours was not always determined.

A lunar month, a period with a full cycle of lunar phases, lasts about 29.5 days, is easily recognizable, short enough to count without using large numbers and fits well into a woman’s menstrual cycle. For example, the Babylonians alternated between 29 and 30 days, while the Egyptians put them at 30 days.

The seasons and the year

The most influential ancient attempts were made by Egyptian astronomers. While it may not seem complicated to measure a full cycle of seasons, it has caused significant problems for many calendar systems.

Some seasons were hot, others cold; some had large amounts of precipitation, others little. Each season contained several new moons or months. The lunar cycle and the cycle of weather patterns are not synchronized.

The Babylonians claimed that the year had 360 days, while the Egyptians more accurately estimated the year as 365 days. The difference between the year lengths is interesting.

Another explanation is that they rounded the number from 365 to 360 to make it easier for the year to interact with the base 12 number system.

The problem with the Babylonians’ omission of five days was that the months did not match the seasons. Eventually, the months would be completely disconnected from the seasons they originally took place in. To solve this problem, the Babylonians periodically add months to the calendar, a process called interleaving, which can also be used to add “sixth” days or weeks.

Although the Egyptians calculated the length of the year more accurately, they also realized that their determination was not exactly perfect.

The solar system influences the length of the year

The movements of celestial bodies do not fit perfectly into the mathematical systems of any human civilization.

The search for the secrets of how the universe is interconnected has motivated astronomers throughout history. In the 2nd century AD, Ptolemy, a Greek astronomer, theorized that the Earth was the center of the universe and that the sun, stars, moon and other planets revolved around it. In the 15th century AD, Polish astronomer Copernicus had the idea that the Earth revolves on an axis and revolves around the sun, along with the other celestial bodies in the solar system.