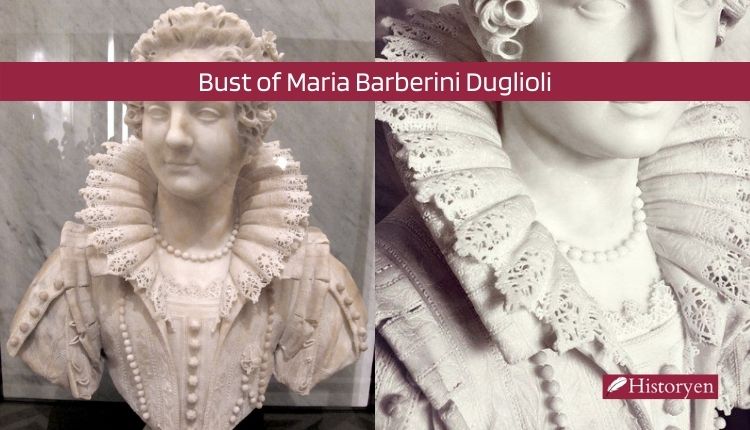 Some artists such as Gian Lorenzo Bernini managed to establish political connections with their arts during the Baroque Period. Bust of Maria Barberini Duglioli, which was carved by Giuliano Finelli is one of these examples too. In fact, Giuliano Finelli was the lesser-known apprentice of Bernini. Just like his master, he tried to stay close to one of the most powerful political figures in the 17th century, the Pope. He depicted Maria Barberini Duglioli to create fruitful connections and he managed to achieve his goal. However, the owner of the bust was not as lucky as Finelli.

Who Was Maria Barberini Duglioli?

Why Is Bust of Maria Barberini Duglioli Important?