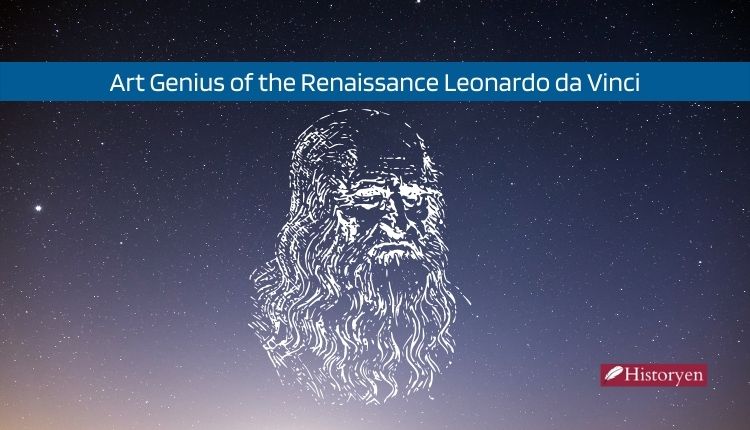 Leonardo da Vinci was born in the Tuscan village of Anchiano in 1452 and died in France in 1519. Although he was known as an artist, he was also an inventor, engineer, and thinker. He has world-famous paintings such as The Last Supper and the Mona Lisa, and drawings such as the Vitruvian Man showing the proportions of the human body.

Mechanism and anatomy sketches, observations, theories, and other studies are included in the 12-volume Codex Atlanticus notes. These sketches included ideas such as flying vehicles that are only real today. That’s why Leonardo is also seen as a visionary. Mysteriously, he wrote his diaries in a mirror image of normal writing. The reason is still unknown.

Leonardo was born the illegitimate son of a wealthy and career powerful notary. Noticing his interest in art at an early age, Leonardo was sent to Florence to be apprenticed to Andrea del Verrocchio’s art studio. Metalworking, drawing, sculpture and painting were done in this workshop. While studying in this workshop, Leonardo is thought to have been involved in the construction of the huge gilded copper ball that stood atop the cathedral of Santa Maria del Fiore.

Moving to Milan in 1466, Leonardo saw himself as both an engineer and a painter. Working at the court of the Duke of Milan, Ludovico Sforza, Leonardo had versatile skills. He had done sketches of many machines, but what Leonardo did was a revolution in technical drawing. Trying to understand how humans, nature and machines work, Da Vinci thought that nature was the basis of his ideas about machines. For example, he compared the branching of plants to the branching of rivers and the branching of blood vessels. He made discoveries about how blood moves through the vessels and the roles of heart valves. However, he did not notice that the blood was circulating throughout the body. He sought to combine engineering, painting, and architecture with writing and thought.

Court records dated 1476 show that Leonardo and three other youths were accused of sodomy and acquitted. Continuing to work in his own workshop in Florence until 1481, Leonardo painted for the St. Bernard Chapel in 1478. In 1482, he was instrumental in establishing peace between Lorenzo de’ Medici and Ludovico il Moro, Duke of Milan. Continuing to work in Milan until 1499, Leonardo was commissioned to paint the Last Supper for the convent of Santa Maria delle Grazie and to paint the Virgin of the Rocks for the Brotherhood of the Immaculate Conception.

Later Years of His Career

Drawing a model for the colossal equestrian monument of Ludovico’s predecessor, Francesco Sforza, Leonardo designed a dome for Milan Cathedral. He modeled a gigantic clay horse known as the Gran Cavallo, surpassing the two great equestrian statues of the Renaissance in size. Seventy tons of bronze were used to build the statue.

Returning to Florence with his family in 1500, Leonardo was the guest of the Servite priests. Leonardo painted The Virgin and Child with St Anne and St John the Baptist in his workshop here. In 1502 he entered the service of Pope Alexander VI’s son, Cesare Borgia, and served as a military engineer and architect. He spent two years designing and painting the large mural of the Battle of Anghiari.

Leonardo’s body, who died on May 2, 1519 in Clos Lucé, France, was buried in the Chapel of Saint-Hubert in the castle of Amboise. Leonardo’s heir, Melzi, took his money, library, paintings, painting tools and personal belongings. Leonardo da Vinci is known as one of the people who knew the most about architecture, painting, sculpture and engineering in the world.