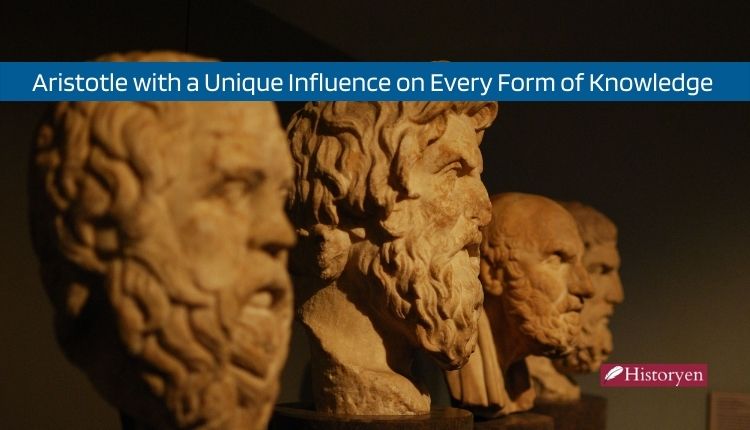 Aristotle, born in 384 BC, is one of the most important western philosophers in history. He was a student of Plato and taught Alexander the Great. Establishing his own Lyceum in Athens, Aristotle developed important practical, philosophical, and scientific theories that are still influential today. Writing on art, ethics, nature, logic, psychology, and politics, Aristotle developed one of the first systems for classifying animals and plants. He put forward important theories on dozens of subjects, from the qualities of the soul to the physics of motion. By developing reasoning, he developed deductive reasoning, a highly valued form of logic in finance, business, and other economic matters.

Born in Stagira, one of the port cities of Macedonia, Aristotle’s father, Nichomacus, was the personal physician of Amyntas, King of Macedonia. Aristotle, who lost his father at a young age, came under the tutelage of Proxenus. At the age of 17 he was sent by Proxenus to Athens to complete his education. Aristotle attended the institution of philosophical learning, the academy founded by Socrates’ student Plato, where Plato remained until his death. Aristotle was an outstanding student. He learned rhetoric very well and soon began lecturing on the subject. Aristotle, who generally had different ideas with Plato, did not see a future in the academy.

Hermeas, the ruler of Assos in Mysia, invited Aristotle to his palace. Aristotle, who stayed in Mysia for three years, married the king’s nephew, Pythias. When Hermeas was attacked by the Persians, Aristotle left the country and went to the island of Lesbos.

In 343 BC, King Philip II of Macedonia summoned Aristotle to teach his son Alexander. Aristotle trained the young man who would become Alexander the Great for seven years. Seven years later, Alexander became king, crowned and enthroned. After that, Aristotle, who left Macedonia, continued to correspond with Alexander. It was Aristotle’s advice that inspired Alexander’s love of art and literature.

Returning to Athens, Aristotle founded the Lyceum, a rival school to Plato’s Academy. In this school he taught his students that it is possible to determine the ultimate causes of existence and that it is possible to understand these purposes through observation. This philosophical approach, which later became one of the main philosophical concepts of the western world, was called teleology. According to Aristotle, the study of philosophy was divided into three groups: productive, practical and theoretical sciences. The generative philosophy focused on the arts, crafts, and agriculture. Practical philosophy included the study of such fields as physics, biology, and mathematics, while theoretical philosophy included the study of the soul and metaphysics.

Aristotle would constantly walk back and forth inside the Lyceum while he was teaching. This habit is the inspiration for the term peripatetic philosophy, which means wandering around philosophy. Aristotle, who wrote his most important works that had profound effects on philosophical thought during this period, also established an important library in his school. The books in the library also contained his and his students’ philosophical and scientific research. Aristotle, who taught at the Lyceum for 12 years, later chose his favorite student Theophrastus as his successor.

Alexander the Great died in 323 BC. The assembly in Athens declared war on Alexander’s successor, Antiphon. Aristotle was considered a pro-Macedonian and anti-Athenian heathen in this turmoil. Aristotle wanted to go into voluntary exile to Chalcis, thinking that Socrates, who was wrongfully sentenced to death, would live his fate. He died a year later, in 322 BC, of ​​digestive disease.