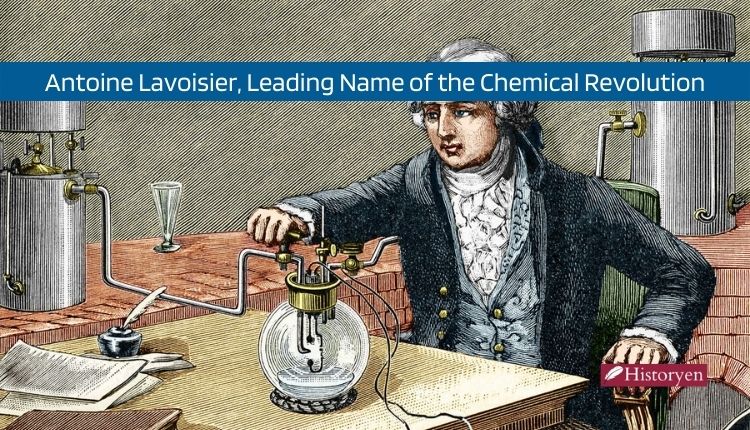 Antoine Lavoisier was born on 26 August 1743 in Paris to a privileged family. His father was Jean-Antoine Lavoisier, a lawyer in the Paris Parliament, and his mother was Émilie Punctis, who owned a large family fortune. When Antoine was only 5 years old, his mother died and left him a large sum of money. Antoine is a scientist who revolutionized chemistry. Naming the elements oxygen, carbon, and hydrogen, Antoine discovered the roles of oxygen in respiration and combustion. Finding that water consists of a compound of hydrogen and oxygen, Lavoisier discovered that sulfur is also an element. Lavoisier was instrumental in transforming chemistry from a qualitative science to a quantitative one.

Educated from the age of 11 to the age of 18 at the Collège des Quatre-Nations, a college of the University of Paris, Antoine, although very interested in science, aimed to pursue his father’s career by enrolling in the college’s law school at the age of 18. This decision was influenced by his father’s thinking that science was only a hobby, not a serious profession. After studying law for two years and graduating, Lavoisier received his law degree in 1764, but decided not to pursue the profession.

Antoine, who attended science classes while studying law, published his first scientific article in 1764. At the age of 26, he was elected to the French Academy of Sciences and began experimenting with diamonds. Directing the sun’s rays to the diamond in a jar with a giant magnifying glass and burning the diamond, Lavoisier discovered that the total weight of the jar did not change even though the entire diamond was destroyed. This experiment proved the correctness of the law of conservation of mass. He also discovered that diamond and coal produced the same gas, and realized that the two were different forms of the same element. He named this element carbon.

Joseph Priestley traveled to Paris in 1774 to visit Lavoisier. He told him that the gas released when he decomposes the compound we know as mercury oxide supports combustion much more powerfully than normal air. Priestley believed that this gas was the pure version of air. In 1779, Lavoisier named this gas oxygen. He discovered that oxygen makes up 20% of the air and is the most important gas for respiration and combustion. He concluded that when sulfur or phosphorus is burned, these elements react with oxygen.

The Discovery That Water Is Not an Element

The gas was named hydrogen in 1766 by Henry Cavendish. Working with Pierre-Simon Laplace, Lavoisier succeeded in producing water by burning hydrogen with oxygen. So he discovered that water is not an element, but a compound made of the elements hydrogen and oxygen. This great invention managed to shock many people. Hydrogen means water-former in Greek.

Apart from his scientific research, Lavoisier also did different jobs. At the age of 26, he started working for a company that collected taxes for the French government. He then sought to reform the tax code to help poor taxpayers. Antoine, who also served on the army’s gunpowder commission, significantly improved the quality of French gunpowder.

In 1771, at the age of 28, he married 13-year-old Marie-Anne Pierrette Paulze. Marie-Anne Pierrette Paulze was forced by her father into marriage with the Count d’Amerval, who was in her 40s. Wanting to save Marie-Anne from this situation, Lavoisier married her. Marie-Anne was very helpful to Lavosier in his studies. Both well-educated and an artist, Marie-Anne translated scientific articles from English to French, added her own notes and critiques of scientific papers, assisted with laboratory work and made drawings of laboratory equipment.

The French Revolution, which began in 1789, targeted wealthy people and government officials. In 1794, Lavoisier was declared a traitor for being someone involved with taxation. He was accused by the revolutionaries of stealing money from the French Treasury and giving it to the enemies of France. Due to this accusation, he was executed by guillotine on May 8, 1974 in Paris. Marie-Anne’s father was also executed for the same incident. In 1795, the French government found Lavoisier innocent of all charges. But Lavoisier had been dead for more than a year.