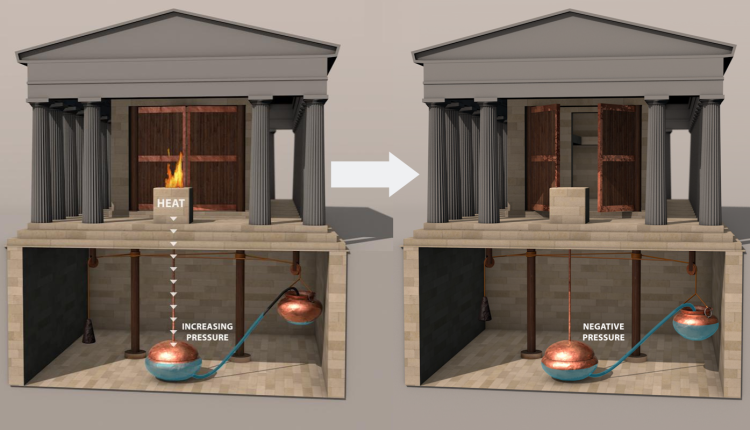 Archaeological discoveries continue to amaze us and educate us about a certain period in history. Besides providing clarity to a certain phenomenon, some of them lead to more question marks in our minds.

A series of skeletons discovered in York, England, belong to talk men. What makes these skeletons interesting is they belong to decapitated gladiators. Their heads are placed on their chests, or between their arms or legs.

The skeletons date back to the second to fourth centuries AD, when those lands were part of the Northern Roman Empire in those times. Thus, researchers believe that these skeletons belong to mighty gladiators. In addition to this, the trauma marks left on the bones also support this claim.

The genetic analysis performed on the skeletons also revealed that six of the skeletons were locals and one was coming from Syria.

A 2-meter deep and 1.5-meter-wide pit pull of bones was found in France in 2012 during a real estate development project. What makes the discovery interesting is some of these bones belong to babies and children. In addition to this, the bones of a middle-aged man with a severe blow to his head were also found.

The bones were amputated before they were thrown into the pit. It was found that the bones date back to 3,300 BC. It is believed that these bones belong to those who passed away in tribal battles.

The fact behind the vampire or Dracula (Vlad III) stories is much more interesting and brutal compared to the stories themselves. Between the 16th and 17th centuries, people used to bury with sickle cuts on their necks or stones in their mouths. This was a common practice that was applied to all people who passed away to prevent them resurrect as a vampire and sucking the blood of innocent people.

However, in 2014, it was found that some of the buried people did not die from trauma. Experts believe that these graves belong to people who passed away because of the cholera epidemic.

In recent years, dozens of skeletons chained to each other in a mass grave were found near Athens, Greece. What makes these skeletons interesting was they were all chained and the chain was still intact. Researchers believe that these are the prisoners who passed away around 650 BC.

There were 80 skeletons in the grave and 36 of them were chained to each other from their wrists. There is also a coup attempt in history, which is about the same years as the mass grave.

Neanderthals, which archeologists claim we mated with them back in time, are also the topic of archaeology. In 2010, researchers found a cave that was the home of a Neanderthal family. What makes this discovery interesting is they found traces of cannibalism in the bones.

The traces belong to three women, three men, three youngsters, three children, and one baby. They all might be the meal of Neanderthals, and this is not the first discovery about cannibalism in Neanderthals.

Ancient wars were as cruel as modern-day wars. Persian soldiers dug tunnels under the city walls, and it was found that they used a poisonous petrochemical cloud that would turn the lungs of the Roman soldiers into acid. It is worth noting that this was about 2,000 years ago.

There were also sulfur and bitumen crystals found in the tunnels, which are clear proof of chemical warfare. These discoveries were made in the 1920s and 1930s.

Did you know that the beverage vending machines we often use in the subway or other stations are ancient inventions? Believe it or not, these devices used to be used in ancient temples in the past. Users used to use an iron coin to get holy water from these machines.

Over the years, mankind forgot this device and re-invented it like it never existed in the 19th century.

Heron of Alexandria was an inventor, who was ahead of his time. Unfortunately, he is not getting the reputation he deserves today. Did you know that he invented automatic doors?

It must be quite confusing and surprising to see automatic doors in those times. Of course, electricity was not invented yet and the doors were operating with hot air.

Peru is one of the locations that is the home of many interesting discoveries. However, the most interesting one is the claws that were found in a tomb. It is believed that these claws were made by the Moche civilization about 1,500 years ago. These wild claws have metal accents on them and due to their ergonomics, researchers believe that they used to be used in martial displays.

Capacocha is the name of a ritual, which belongs to the Inca civilization, and it refers to the sacrifice of the most beautiful children by going to the Andean Mountains to freeze to death. All these were just to please the gods.

What makes these discoveries interesting is most children are preserved very well due to cold temperatures and they are also known as frozen mummies. According to this belief, children will ascend to the status of divine beings and would be immortal.

At the beginning of the 2000s, researchers found two skeletons in Northern Scotland. The skeletons dated back 3,000 years ago and they were perfectly preserved. However, later on, it was discovered that the skeletons belong to one male and one female.

This is a quite interesting discovery, and the exact cause is still unknown. However, there is no doubt that they were made for decoration or similar purposes since the process requires a long time and effort.

Researchers were exploring the caves in Mountain Owen when they found interesting bones in 1986. These bones were highly extraordinary and shocked the science world in those years. They belong to a very interesting creature and the skin was still on the bone.

After years, the owner of the bones was discovered. In fact, they used to belong to a bird that cannot fly and called Moa. Unfortunately, the bird was extinct years ago and these bones are still remaining the ones that well preserved among all discoveries about these birds.

Today, Pompeii is known as the city of sins, due to the lifestyle in the settlement and the natural disasters it suffered. Mount Vesuvius in Italy is thousands of years old, and it erupted many times throughout history. In one of its eruptions, the volcanic ash covered the entire city and killed hundreds of people without giving them a chance to run away.

Pompeii was first discovered in 1748. Since then, many excavations carried out in the area and there are plenty of skeletons that are well-preserved due to the volcanic ash. One of the most famous ones among them is the couple that hugs each other in their last moments.

2. The Kingdom of Commagene

You probably have heard of the Kingdom of Commagene before, which is located on Mount Nemrut. Most people remember this discovery with man-size head sculptures carved on rocks. This Kingdom is a relatively small kingdom that was founded in 162 BC.

The God King Antiochus, who wanted to be worshiped as a god after he passes away, build a very large temple on Mount Nemrut, which is 2,100 meters long. In this way, he would be equal to existing gods. However, the location of his tomb is still unknown today.

Gobeklitepe is one of the most amazing discoveries in the archaeological world and it changed many things about our past, especially the evolution of civilization. Today, it is still considered to be the most important discovery in the history of mankind.

It is also accepted as the oldest worship place in the world since it dates back to 10,000 BC. According to the findings, Gobeklitepe was built by our ancestors during their transition to a settled lifestyle. It was built by semi-nomadic hunters and is considered the first settlement area of mankind.

Today, the area is protected, and you can only visit certain parts of the area. The excavations are still ongoing every year. Just like the Kingdom of Commagene, Gobeklitepe is also located in Turkey, which every archaeology lover must visit once in his or her lifetime.