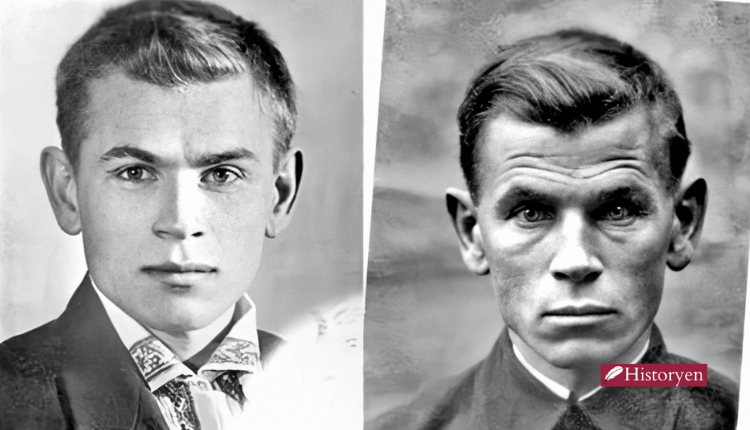 Would you like to take a look at some of the rarest historical photos that you have never seen before? If so, then you are going to love these ten rare historical photos we have compiled for you! Each of them will take you on a journey in history!

The Athlete Who Lost His Leg Crossing Canada

21-year-old Canadian athlete, Terry Fox, lost his leg because of cancer. In those years, cancer awareness was not even a thing. He decided to cross Canada as an amputee, without one leg, to raise awareness and find funds for cancer research.

How Can 4 Years in War Change Someone?

The photo of Soviet Soldier Eugen Stipanovich Kobytev clearly shows the outcomes of a war. His photo was taken right before he joined the war and after four years, when he came back to his hometown in 1941, his photo was taken for the second time. The difference between these photos is the true evidence of what war can do to our humanity.

The Liberation of Jewish Prisoners

In 1945, the death train of Nazi forces was intercepted and thousands of Jewish prisoners, who were being transferred to Nazi death camps were freed. The photo of the incident and the facial expression of the prisoners were worth thousands of words.

The Man Who Stood Against the Nazi Propaganda

During the Nazi years in Germany, especially in the first years, everyone in the country was a true supporter. However, a photo taken in 1936 shows a lone man refusing to do the Nazi Salute. Luckily for him, it was discovered years after the event.

Dr. Religa managed to write his name into history books with a successful heart transplant, which took about 23 hours in 1987. However, besides the importance of the surgery, he was going to be remembered his pose next to the patient, while his assistant fell asleep in the back.

Acrobats Performing on the Top of the Empire State Building

Empire State Building was one of the tallest buildings in the world back in time when it was built. In 1934, three acrobats decided to perform on the top of the building. The photo of them, which has the city view in the back managed to attract plenty of attention in those years.

A Heartbroken Mother with the Photo of His Son

Wars took many lives and the break of another one was a matter of time at the beginning of the 20th century. The photo of an upset mother holding the photo of his son was quite heartbreaking. She was asking returning prisoners of war whether did they see him or not.

Another important photo belongs to Da Vinci’s Mona Lisa. Just like the adverse effects on human and social life, World Wars also affected many fields. Thus, experts had to take Mona Lisa from The Louvre until the end of World War 2. This photo was taken when Mona Lisa was being unpacked for exhibition.

Without modern technology, certain jobs and tasks were quite deadly and challenging. The photo, in which workers painting the Eiffel Tower in 1932 is true proof of this. It is miracle that no one lost their lives yet painted the entire tower.

The Interior of the Orient Express

The Orient Express managed to be popular for being a passenger train, traveling the longest distance in the world. This photo, which was taken in 1883, shows the fashion understanding of those times. Moreover, this luxury is still not available in many luxurious planes today.