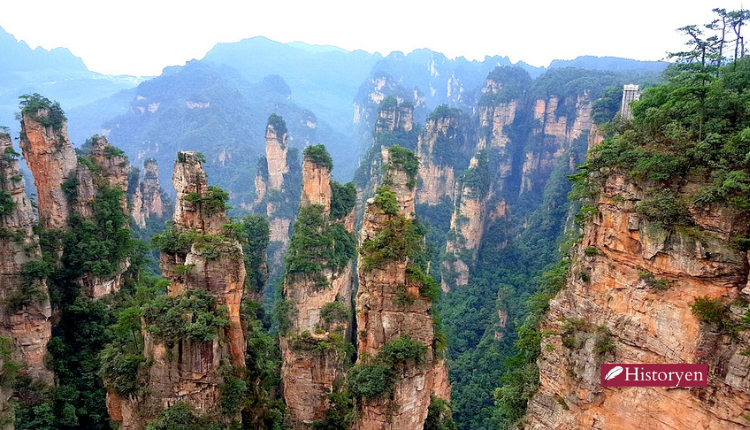 Amazing rock formations are available all around the world. They are like the artwork of mother nature and designed to impress our tiny minds. Without a doubt, they are also the indicator of beauty understanding as well as the capability of nature.

If you love visiting different countries and witnessing the miracles of mother nature with your bare eyes, then this list is for you! Among numerous formations, we tried to pick the most beautiful and amazing formations for you!

10 Amazing Rock Formations That Will Amaze You

Below, you are going to find the top 10 amazing rock formations that we have carefully picked for you! We bet you may be already familiar with some of these from social media posts that share interesting content. So, let’s check them one by one!

Danxia Landform offers a visual feast for the eyes with its sandstones in various colors. This amazing scenery was shaped over thousands of years with the help of wind and rain. Danxia Landform is one of the natural beauties on the UNESCO World Heritage List since 2010.

Cappadocia is an ancient region located in Nevsehir, Turkey. The volcanic rocks in the area were eroded for thousands of years by wind and as a result, upright stones with some kind of hat on the top. There are many valleys to visit and tales to listen to about Cappadocia.

Antelope Canyon may be one of the most popular rock formations in the United States. The canyon got its name from the beautiful horns of antelopes. Again, mother nature sculpted this natural beauty for thousands of years with her winds.

Giant’s Causeway is consisting of more than 40,000 basalt columns that interlock each other. The formation is due to an ancient volcanic eruption. This area is the inspiration source for many legends in Northern Island and in many legends.

Ko Tapu amazes its visitors with how it stands. It looks like a giant rock coming out of the water or a giant just put it there. This amazing rock formation is located in Ao Phang Nga National Park and is one of the most popular tourist destinations in the country.

Zuma Rock looks like a giant mountain more than a rock, especially when you are on the main road traveling from Abuja to Kaduna. It is located in Niger State and is famous for filling almost half of the view of those who look at it. It is also referred to as Gateway to Abuja.

The translation of Arbol de Piedra is the stone tree. This amazing rock formation is located in the middle of a desert and continues to resist the power of winds. Without a doubt, it leaves its visitors in awe.

Turtle Rock in Mongolia is one of the popular attraction points in Mongolia. It is especially visited by many rock climbers. This amazing formation amazes its visitors by simply looking like a tortoise.

Although the name of these formations is called Bryce Canyon, in fact, they are just a collection of giant rocks. Unlike other formations on the list, Bryce Canyon formations are called hoodoos and they are formed by the effects of stream erosion and frost weathering.

Famous Australian waves are not only on water but also land too! Though you may not be able to surf, Wave Rock mesmerizes its visitors with its colorful and tall rock formations. It is also known as Hyden Rock and is made of granite inselberg.